Middle East, July 30: Israel and Palestine Resume Talks — But Will They Progress? 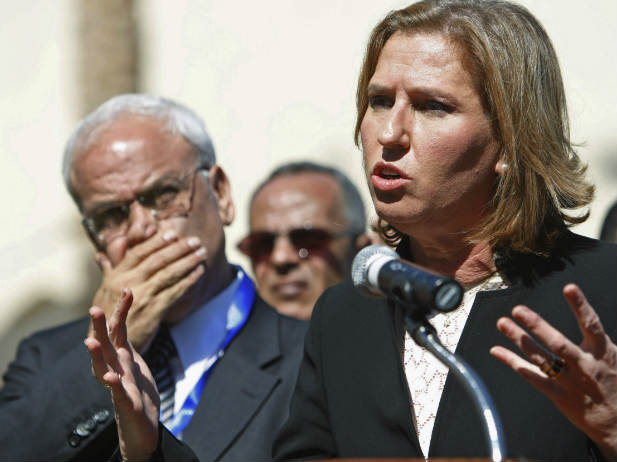 Israeli and Palestinian Authority negotiators met on Monday in the first direct talks in three years.

More discussions will be held on Tuesday before a press statement at around 11:00 a.m. local time (1500 GMT).

On Monday, the US named diplomat Martin Indyk as the special envoy to the talks.

The Islamic State of Iraq has claimed responsibility for 17 bombings across Iraq on Monday, which killed more than 60 people.

The ISI said it had carefully selected its targets, which were mainly in Shia areas in Baghdad and the south of the country.

Referring to an attack last week on prisons that freed more than 500 detainees, the ISI declared, “The latest operations came at the height of security deployment after the blessed operations to break the chains of the lions in Abu Ghraib and Taji jails.”

The group claimed Monday’s bombings were just part of the “heavy price” the al-Maliki Government would pay for its mistreatment of the Sunni minority.

Catherine Ashton, the EU’s foreign policy chief, has said that she had “a friendly and open and very frank discussion” with ousted President Mohamed Morsi.

Ashton stated that she does not want to comment any further on their discussion to avoid representing Morsi’s views “because in the circumstances, he cannot correct me if I do it wrongly.” Ashton also said that she did not know where Morsi is being held but that being allowed to meet with him was a precondition for her visit to Egypt, which Egyptian officials “freely offered.”

Interim Prime Minister Hazem El-Beblawi has told CNN that he is “not sure” if security forces used live ammunition against pro-Morsi demonstrators during clashes in Cairo on Saturday that killed at least 83 people.

El-Beblawi denied that the military has made any interference in the country’s politics since it overthrew President Mohamed Morsi.

The Prime Minister stated, “As far as I am concerned, I feel very much in charge with my council of ministers, and I haven’t seen any indication or any sign from anyone to tell me what to be done.”

“The moment I feel that the civilian government is besieged, I will put in my resignation,” he added.

Commenting on Saturday’s violence, El-Beblawi said “we will undertake an investigation to make sure that there is no abuse.”

The Guardian’s Patrick Kingsley reports that the interim government is being accused of returning the country to levels of Mubarak-era repression after the reinstatement of several controversial, secret police units.

The Interior Minister, Mohamed Ibrahim, announced the return of the units, including Mabahith Amn ad-Dawla — the state security investigations service — following the killing of at least 83 pro-Morsi supporters on Saturday.

A prominent human rights activist, Aida Seif el-Dawla, called the move “a return to the Mubarak era.” He continued, “These units committed the most atrocious human rights violations… Incommunicado detentions, killings outside the law. Those were the [units] that managed the killing of Islamists during the 1990s. It’s an ugly authority that has never been brought to justice.”

While police brutality was common under Morsi, the resurrection of these police units indicate a further retrenchment of control by the security forces.

Heba Morayef, Egypt director at Human Rights Watch, observes that “what is significant is that [Ibrahim] could announce this publicly. That would have been unthinkable in 2011. This kind of monitoring of political activity was considered one of the major ills of the Mubarak era. So the fact that he has come out and said this now reflects a new confidence on behalf of the interior ministry. They feel they have been returned to their pre-2011 status.”

Pro-Morsi supporters held protests against the ‘police brutality’ that caused at least 80 deaths in Cairo on Saturday in Mansoura in the Nile Delta, and the Canal city of Ismailia yesterday.

In both cities, protestors attempted to march to security directorates to condemn regime violence.

In Mansoura, violence broke out when police confronted around 5,000 demonstrators who were chanting against Defence Minister Abdel Fattah El-Sisi and calling for the reinstatement of Morsi as president. The police used tear-gas to try to disperse the crowd.

In Ismailia, pro- and anti-Morsi supporters threw stones at each other and exchanged birdshot, while the police fired tear-gas. No deaths or injures have been reported from either city.

The head of the pro-Morsi Wasat Party, Aboul-Ela Madi, and its deputy leader, Essam Sultan, have been given 15-day detentions.

Madi and Sultan were both arrested yesterday and taken to Tora Prison, accused of inciting violence after giving speeches to a pro-Morsi sit-in at the Rabaa Al-Adawiya mosque in Nasr City.

Ashton met with the head of Egyptian armed forces and leader of the July 3 coup, Abdel Fattah El-Sissi, yesterday.

Abdullah Öcalan, the jailed leader of the Kurdistan Workers’ Party (PKK), has said he “would quit if peace process continues in this way”, according to his sister Fatma.

Fatma said that Öcalan is disappointed by the pace of the peace process, and told her that if it doesn’t improve “pull away, and just watch.”

In a series of raids across the country, counter-terrorism squads have arrested at least nine people linked to the recent Gezi Park protests.

The arrests took place in the early hours of this morning in the cities of Ankara, İzmir, Samsun, Mersin and Tunceli. Four people have been released, while two others will be charged with “opposing the law on public marches and demonstrations” for organizing an iftar dinner in Taksim’s Gezi Park.

A group of activists gathered over the weekend at Cairo’s Sphinx Square as part of an attempt to find a middle ground between the army’s supporters and the pro-Morsi demonstrators.

These “Third Square” demonstrators — distinguishing themselves from Morsi’s supporters who have focused on Rabaah al-Adawiyah Mosque and the army’s supporters at Tahrir Square — seek to propose an alternative to the division and violence that has characterised the weeks following President Mohamed Morsi’s removal by the military.

One activist, Firas Mokhtar, declared “The Third Square is an attempt to bring Egyptians together and put an end to the polarisation of our society, which is split between those on Tahrir Square and those at Rabaa Al Adawyia Mosque.”

At the moment the Third Square demonstrators are a relatively small presence compared with the pro- and anti-regime protests. However, another activist, Samia Jahin, said “Maybe there’s only a few of us tonight. But soon you might hear of another group like ours in another square.”

“All we’re trying to do is to put our message out there: there is a third alternative. There is an alternative to blood!”, Jahin added.

Ashton was allowed by Cairo’s new rulets to see Morsi, overthrown in a July 3 coup, after she saw the head of Egyptian armed forces, Abdel Fattah al-Sissi, earlier in the day.

Ashton’s spokesperson did not say where the talks had taken place. Morsi was held under de facto house arrest from July 3 in Republican Guards Headquarters. Last week, the former President was ordered held for 15 days, on charges that he helped the Palestinian organization Hamas with a prison escape and that he was involved in the kidnapping and killing of police.