Iran Analysis: US to Tehran “Give In to Sanctions (Because Bombs Are Worse)” 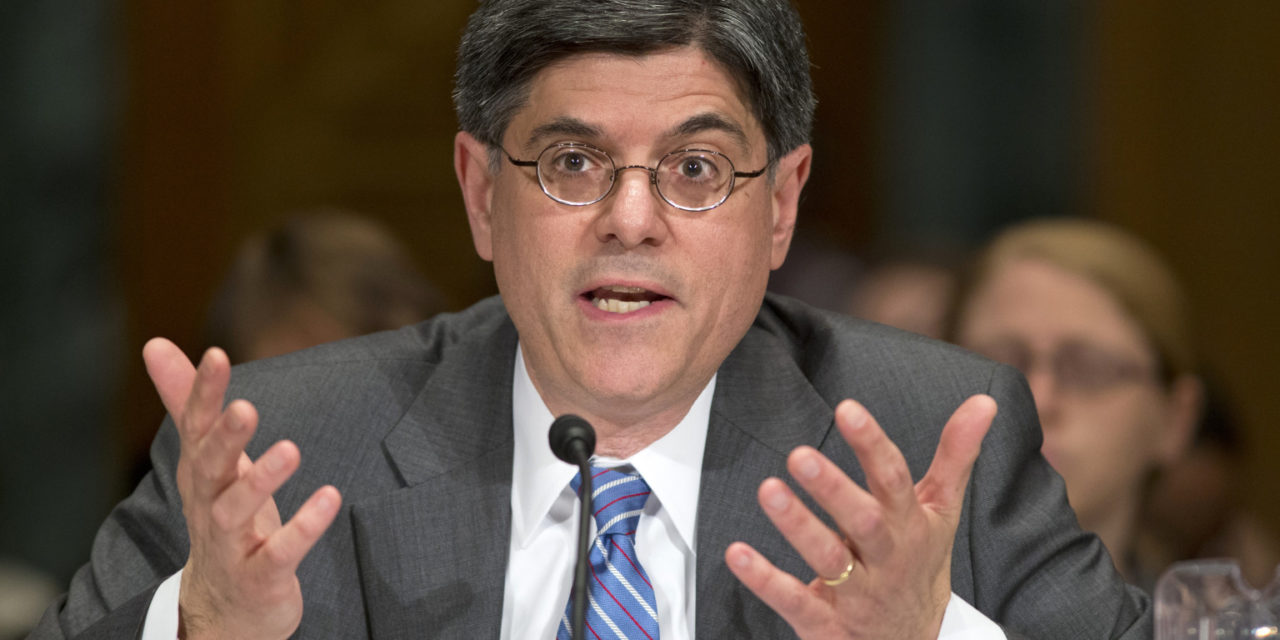 US Treasury Secretary Jacob Lew to Tehran: “Give In Because Alternatives Are Worse”

Our analysis is that important factions in the Obama Administration — far from wanting to engage President-elect Hassan Rouhani in renewed two-way discussions over Iran’s nuclear programme — are seeking unilateral concessions from Tehran, to the point of trying to break the Iranian economy. Last weekend, we noted the introduction of new financial restrictions, “US Welcomes Rouhani With More Sanctions“.

And what are those alternatives? Lew coyly avoided the words “military action” with the feigned reassurance, “I don’t think any (US) president should make the decision about whether or not to go beyond the sanctions without having exhausted the tools available.”

Instead, the Treasury Secretary effectively told Tehran that, if it does not give in to US demands that it halt uranium enrichment, Washington and its allies will collapse the economy: “Sanctions are working. We are seeing it in Iran’s GDP, we are seeing it in the value of the rial, in the employment rate, in the inflation rate. It’s not a pretty picture from an economic perspective.”

Last December, an EA analysis asserted, “The only way out of this dead-end [in nuclear discussions] is to make reciprocity meaningful by both sides committing themselves to actions which reassure the other and promote mutual security.”

Talks between Tehran and the 5+1 Powers followed in February and April, albeit with no progress. So could the election of Rouhani — a former lead nuclear negotiator for Tehran — finally open the door for a two-way negotiation, rather than the take-it-or-leave-it of a final US proposal this autumn?

Lew, still in reassurance mode, gave his answer: “The goal is not to hurt the Iranian people. The goal is to change [the regime’s] decision.”

And if Tehran’s “decision” did not change?

Lew gave no published response to what would happen with the “alternatives”.