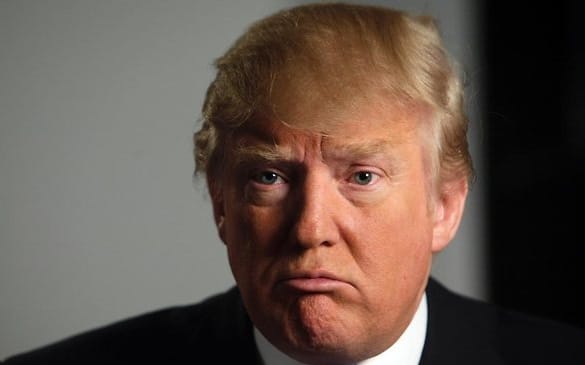 Donald Trump and his lawyer Alina Habba have been ordered to pay $937,989.39 over the filing of a frivolous lawsuit against almost three dozen of his supposed “enemies”, including Hillary Clinton and former FBI Director James Comey.

US District Judge Donald Middlebrooks said the lawsuit was “brought in bad faith for an improper purpose” and had “needlessly harmed” 31 individuals and organizations, including the Democratic National Committee, “to dishonestly advance a political narrative”.

Middlebrooks summarized in his 46-page ruling:

This case should never have been brought. Its inadequacy as a legal claim was evident from the start. No reasonable lawyer would have filed it. Intended for a political purpose, none of the counts of the amended complaint stated a cognizable legal claim….

Mr. Trump is a prolific and sophisticated litigant who is repeatedly using the courts to seek revenge on political adversaries. He is the mastermind of strategic abuse of the judicial process, and he cannot be seen as a litigant blindly following the advice of a lawyer. He knew full well the impact of his actions.

The judge explained, “A continuing pattern of misuse of the courts by Mr. Trump and his lawyers undermines the rule of law, portrays judges as partisans and diverts resources from those who have suffered actual legal harm.”

Habba is defending Trump in the fraud case brought by New York State Attorney General Letitia James, and over his alleged rape of writer E. Jean Carroll in the 1990s. She also offered advice in the federal investigation into Trump’s removal of classified documents from the White House.

The bogus lawsuit attempted to bury the link between Trump and Russia in the 2016 Presidential campaign, claiming that Clinton, the Democratic National Committee, and other people and entities conspired to damage his candidacy.

Among the defendants were Mr. Comey; former Deputy FBI Director Andrew McCabe, who opened the counter-intelligence investigation into Trump’s ties to Russia; and the former British intelligence operative Christopher Steele, who compiled a dossier of raw intelligence about Trump and Russia.

Judge Middlebrooks said the claims were “categorically absurd” as “a hodgepodge of disconnected, often immaterial events, followed by an implausible conclusion”.

He added, “This is a deliberate attempt to harass; to tell a story without regard to facts.”