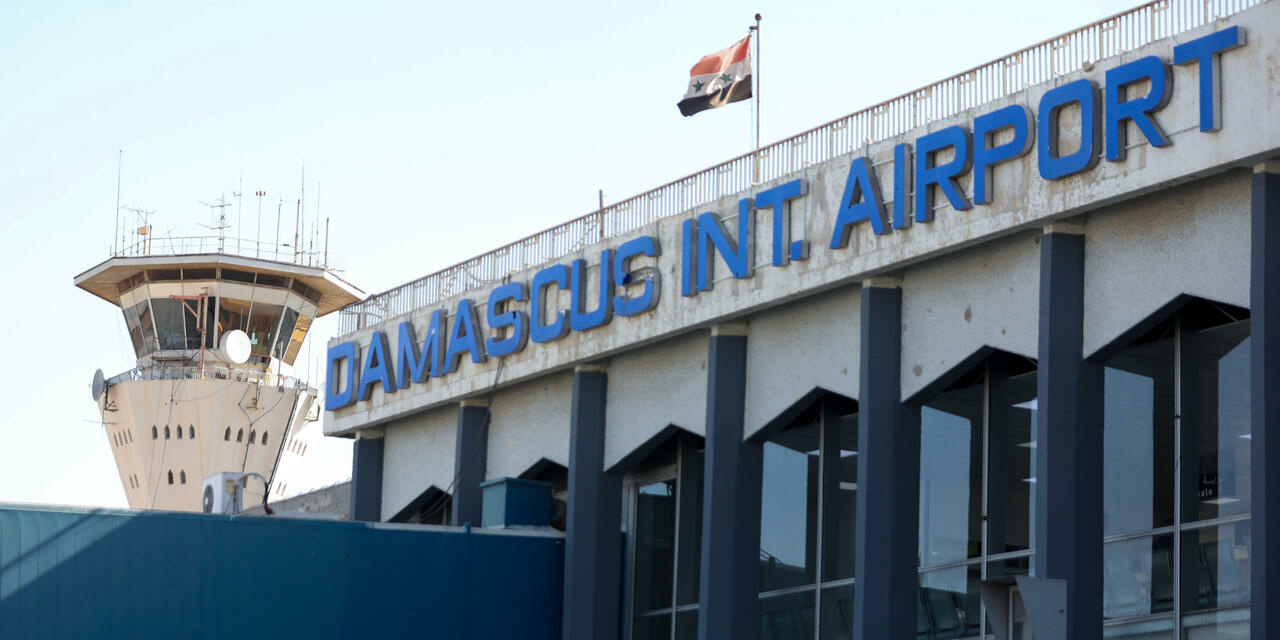 The regime military said air-launched missiles hit the airport at 2 a.m. Targets were also hit in the south of Damascus, killing the two soldiers, wounding two, and causing material damage.

The regime’s Transport Ministry said workers had removed debris and flights would resume by 9 a.m.

Two “regional intelligence sources” said the strikes were a continuation of Israel’s attacks on Iranian positions, including an outpost of the Quds Force and Iran-backed militias.

Israel has recurrently struck the airport and the nearby area, seeking to degrade the Iranian forces and to hinder their transfer of missiles and weapons to Lebanon’s Hezbollah.

The airport was shut for almost two weeks last June after the Israelis damaged runways, infrastructure, and a terminal. In September, both the Damascus and Aleppo airports were struck, putting the latter out of operation for several days.

The head of the Israel Defense Forces, Gen. Aviv Kohavi, has confirmed an airstrike inside Syria near the Iraq border, hitting a convoy allegedly carrying Iranian weapons, on November 9.

The IDF rarely comments on operations, but Kohavi told a university conference that “advanced abilities” had allowed Israeli pilots to carry out a precision strike on a truck within the 25-vehicle convoy, which was taking the weapons from Iraq to Lebanon.

We could have not been aware of the Syrian convoy a few weeks ago.

We needed to send pilots to the right place and they had to evade surface-to-air missiles fired at them. They needed to attack, they needed to hit their targets and come back safely and not kill people who shouldn’t be killed. These are very advanced capabilities.

Syrian media shares this video claiming to show the convoy of trucks carrying fuel from Iran to Lebanon, an hour before it was targeted over night on the Iraq-Syria border. Nahr Media says the trucks were accompanied by Lebanese Hezbollah forces. pic.twitter.com/glXLjWoJ0r

Iran has confirmed the killing of a senior Revolutionary Guards officer by an improvised explosive device near Syria’s capital Damascus.

The Revolutionary Guards said in a statement that Col. Davoud Ja’fari of the Aerospace Division died in the roadside explosion.

While Israel has regularly carried out airstrikes on Iranian and Assad regime positions, killings with IEDs are less frequent.

In August, Gen. Abolfazl Alijani of the Guards Ground Force was killed inside Syria. Iranian officials never revealed the circumstances around his death.

In their most significant airstrikes in two months, Israel warplanes have killed at least six Assad regime troops and wounded four.

The regime military said the strikes were on central and coastal regions of Syria early Saturday from the Israeli warplanes flying over the Mediterranean. It gave no further information on the targets in the Latakia, Hama, and Homs regions.

On Sunday, a strike on the Shayrat airbase in Homs Province killed two soldiers and wounded three.

Following standard practice, the Israel Defense Forces made no comment on the operations.

However, a long-time observer of the Syrian conflict says officers are among those killed on Saturday. He added that three troops were killed and 17 wounded last Sunday.

Syria: this morning Israel killed a SAA high-ranking Officer as well as other officers & soldiers during airstrikes on the Coast & Homs province. Those identified so far:
– Lt Colonel from Latakia province
– Captain (Engineer) from Ghab (NW. Hama). pic.twitter.com/j86FE1HRO7