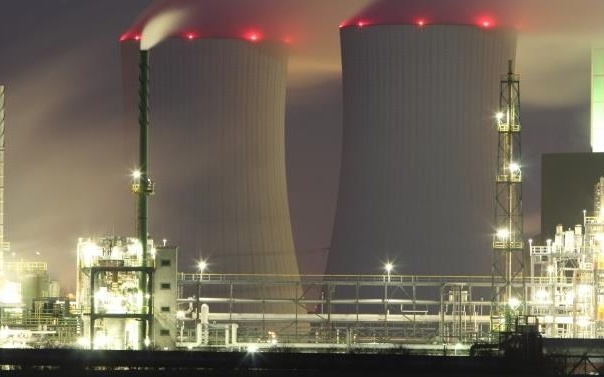 The 6 Winter Fronts in Putin’s War on Ukraine 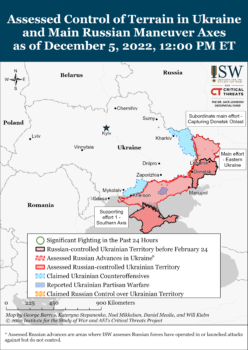 The US has joined Canada and the UK (see 1030 GMT) in adding Russian individuals and entities to sanctions lists over human rights violations.

The three countries also cited individuals and entities from Iran, China, and Myanmar on Friday.

The American list includes Russia’s Central Election Commission, which the US accused of helping Vladimir Putin’s “sham referendums” for annexation of Ukrainian territory, and 15 of its members.

The US Treasury cited four people of being directly involved in Russian “filtration operations” forcibly transferring Ukrainians, including children, to Russia.

Two other Russians are designated for human rights abuse against Ukrainian civilians.

Russia has abducted another two senior Ukrainian staff and detained a third at the Russian-occupied Zaporizhzhia Nuclear Power Plant, according to Ukraine State energy agency Energoatom.

The agency said the abducted members of staff were beaten before being driven off in an “unknown direction” on Thursday.

Through such actions, the occupiers are trying to gain loyalty from the courageous pro-Ukrainian staff ….Nevertheless, the invaders fail to do so because the personnel resist.

Since the end of September, Russian forces have kidnapped a series of senior personnel at Zaporzhzhia, including director Ihor Murashov.

Ukrainian officials say Russia is carrying out the pressure and intimidation as it seeks to transfer the plant, the largest in Europe, to the control of the Russian agency Rosatom.

Last week Russia named the deputy chief engineer of the plant, Yuriy Chernichuk, as the new director. Ukrainian officials accused him of collaboration and treason.

A Moscow court has sentenced former city councillor Ilya Yashin to 8 1/2 years years in prison for “spreading false information” about the Russian military.

Yashin’s “crime” was a YouTube video, released in April. in which he discussed evidence of Russian mass killings of civilians in Bucha near the Ukrainian capital Kyiv.

In his final statement to the court, Yashin appealed to Vladimir Putin, as “the person responsible for this slaughter”, to “stop this madness”.

As if they will sew my mouth shut and I would be forbidden to speak forever. Everyone understands that this is the point….

I am isolated from society because they want me to be silent. I promise as long as I’m alive I’ll never will be. My mission is to tell the truth. I will not give up the truth even behind bars. After all, “Lie is the religion of slaves”.

A snapshot from Christopher Miller of the Financial Times in the Donetsk region’s Bakhmut, which Russians have been trying to overrun since June.

Returning to Bakhmut was tough. The city is my adopted Ukrainian home, where I lived from 2010-12. As I entered, a Ukrainian soldier suggested I was an idiot. "I'll pray for you. You should pray for yourself." The destruction since August when I was last there is much worse. pic.twitter.com/BKRdaIwXyu

The Russians have intensified their efforts in Donetsk and Luhansk. They are now in a very active phase of attempting to conduct offensive operations. We are advancing nowhere but, rather, defending, destroying the enemy’s infantry and equipment wherever it tries to advance.

Donetsk Governor Pavlo Kyrylenko said the fiercest fighting is near the towns of Bakhmut and Avdiivka, but there is Russian shelling along “the entire frontline”.

A Ukrainian soldier near Bakhmut tells Peter Beaumont of The Guardian: “In places we were only 100 meters apart. We were on one low hill and they were on another. Sometimes, we could even hear their laughter.”

Canada has added 33 current or former senior Russian officials and six entities to its sanctions blacklist, citing their involvement in “systematic human rights violations” against Russian citizens who protested the invasion of Ukraine.

The UK has imposed sanctions against staff of Russia’s FSB security service and military commanders over human rights abuses.

You have 17.7 million in need of humanitarian assistance; you have 9.3 million requiring food and livelihood assistance. You have about 7.4 million refugees, you have 6.5 million people internally displaced.

He cited the damage to infrastructure from Russian missile attacks, “The energy sector is heavily affected, the heating system, the electricity grid, there are people who live in sub-zero temperatures without heating, and without electricity.”

Russian forces have shelled a hospital in Kherson city.

Governor Yaroslav Yanushevysh said the pediatric ward and morgue were damaged. No casualties have been reported so far.

On Wednesday, two people were killed among 51 Russian shells on the region with artillery, multiple-launched rocket systems, tanks, and mortars.

The latest Russian attacks across the Donetsk region in eastern Ukraine have killed five civilians: three in Bakhmut, one in Toretsk, and one in Netailovo.

In the Kherson region in the south, eight civilians were injured as Russian forces shelled 68 times, targeting residential homes and apartment buildings.

In the Kharkiv region in the northeast, a 40-year-old man died of injuries sustained in Russian rocket attacks on Thursday.

In an apparent violation of European Union sanctions, a luxury yacht owned by Russian billionaire Dmitry Mazepin disappeared from a port on the Italian island of Sardinia in June.

Mazepin is the owner of a mineral fertilizer company and father of the Formula One driver Nikita Mazepin, replaced by the Haas team after Vladimir Putin’s invasion of Ukraine. His Sardinia villa in Sardinia is also a frozen asset.

As Sardinian officials were establishing the chain of ownership, the Aldabra disappeared. A source at Sardinia’s financial police squad said:

We were in the process of confirming [the ownership] when it was taken away.

Police said Mazepin hired a foreign company, which in turn hired a Sardinian captain. The yacht stopped at the port of Biserta in Tunisia, but its current whereabouts is unknown.

Ukraine’s nuclear company Energoatom said the Russian forces have placed several Grad multiple rocket launchers near one of the six nuclear reactors. “Protective structures” have been built for the MLRSs, “violating all conditions for nuclear and radiation safety” at Europe’s largest nuclear site.

Foreign Minister Dmytro Kuleba said earlier on Thursday that Kyiv was working with the International Atomic Energy Agency to create a safety zone around the plant.

We are all interested in ensuring that all nuclear power plants, not only the Zaporizhzhia NPP, are safe. This is extremely difficult to achieve without stopping Russian missile strikes on the territory of Ukraine, but we are moving forward step by with mutual understanding with the IAEA.

Grossi said last week that he hopes for an agreement to create a protection zone by the end of the year.

But there is no sign that the Kremlin will agree to the zone and demilitarization. Russian officials have repeatedly said that they will not withdraw troops, and they assured earlier this week that the site will not be handed over to the IAEA.

Instead, the installation of the MLRSs would expand the persistent Russian attacks from the site across the Dnipro River on Ukrainian-held territory, such as the city of Nikopol.

Russia occupied the plant in March, days after the launch of Vladimir Putin’s invasion. Shelling around the plant — blamed on the Russians by Ukrainian officials — have taken the six reactors off-line and, at times, cut off the power needed to cool them.

In August, UN Secretary-General António Guterres called for demilitarization, Russian withdrawal, and an end to “nuclear sabre-rattling”. After a series of0/ delays, the Russians allowed the IAEA to tour the site and leave two staff there, but Moscow has resisted any further de-escalation.