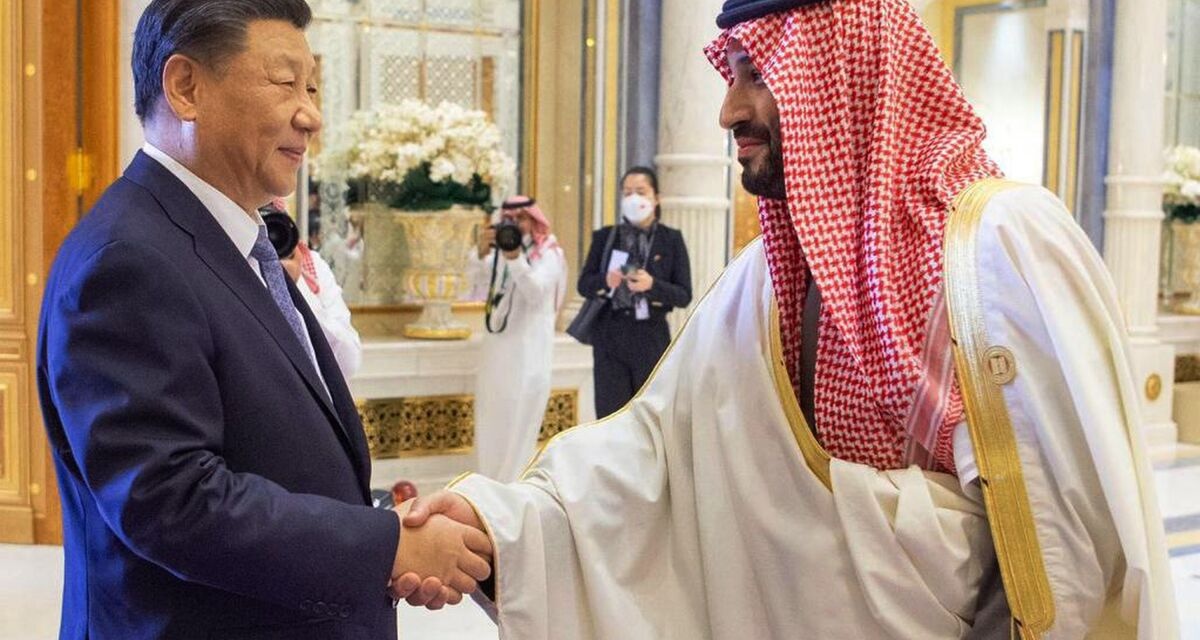 Facing economic problems and isolation by much of the international community in recent years, Iran’s leaders have counted on salvation from China.

In March 2021, the two countries signed a 25-year “road map” for cooperation. Tehran proclaimed that Beijing would invest $400 billion in the Islamic Republic in fields such as banking, telecommunications, ports, railways, health care, and information technology. There were provisions for military cooperation, including joint training and exercises, joint research and weapons development, and intelligence sharing.

Implementation has been a different matter. As Iran’s leaders battle international sanctions not only over their nuclear program but also their abuses of human rights, there has been little sign of the $400 billion. China has reaped most of the benefit through purchases of heavily-discounted Iranian oil.

Still, China remains Iran’s leading trade partner as Tehran struggles for markets. And the Iranian regime has always counted on portraying Tehran and Beijing at the heart of a global bloc to defeat the US, Israel, and other enemies.

But now China, through no less than leader Xi Jinping, has delivered a gut punch to the regime — and did it as a 1-2 blow in cooperation with Gulf States such as Iran’s rival Saudi Arabia.

The punch was thrown by the China-Gulf Summit in Saudi capital Riyadh on Friday. The joint declaration backed the UAE in its dispute with Iran over three islands in the Persian (or Arabian, depending on your perspective) Gulf. Perhaps more importantly, it delivered a firm message telling Iran to stop holding up talks over its nuclear program.

The Jab Over the Islands

That posed no problem for Tehran, despite its rivalry with Saudi Arabia for influence throughout the Middle East, including the proxy war in Yemen and political maneuvers in Syria, Iraq, and Lebanon. China-Gulf cooperation could be viewed first and foremost as a challenge to the US and the Biden Administration. Saudi interests could be viewed, first and foremost, as Mohammad bin Salman’s ongoing campaign to promote himself at home and abroad, further burying Riyadh’s October 2018 assassination of journalist and dissident Jamal Khashoggi. The GCC was reviving itself as a body that matters, following the Saudi-UAE blockade of Qatar from June 2017 to January 2021.

But then the final declaration was published.

The Iranian regime’s public response has focused on the Summit’s elevation of “the initiative and endeavours of the United Arab Emirates to reach a peaceful solution to the issue of the three islands; Greater Tunb, Lesser Tunb, and Abu Musa, through bilateral negotiations in accordance with the rules of international law, and to resolve this issue in accordance with international legitimacy”.

The verbose wording did not soften the blow: China as well as the other Gulf States had lined up behind the UAE and its territorial demands.

Caught off guard, Tehran’s initial response was limited and even fumbling. Foreign Minister Hossein Amir Abdollahian challenged the declaration via Twitter, “The three islands of Abu Musa, Small Tunb and Big Tunb in the Persian Gulf are inseparable parts of the pure land of Iran and belong to this motherland forever.” However, he was criticized for making the protest through social media — and only in Persian rather than Arabic and English.

The regime regrouped. On Saturday, Foreign Ministry spokesman Nasser Kan’ani chided “any claim to the islands to be destabilizing” and “intervention in [Iran’s] internal affairs and territorial sovereignty”. Making sure he did not mention China, he said the GCC had demonstrated its “Iranophobic policy”.

That still did not address Beijing’s central role in the affair. So the Chinese Ambassador was summoned by the Ministry. Trying to save face, Kan’ani declared that the envoy “reaffirmed Beijing’s respect for Iran’s territorial integrity” and Xi was just “promoting negotiation as an instrument of resolving the regional problems”.

Kan’ani declared that China’s “balance” would be demonstrated by an upcoming trip to Iran by the Chinese Deputy Prime Minister, hoping that no one would notice the significant difference between a visit by Xi and one by a lower-level representative of Beijing.

On Tuesday, the regime finally fired a rhetorical shot at the Chinese leadership. Nour News, the media affiliate of the Supreme National Security Council, said China’s “unfriendly move” should be “compared” to the “enmity and historical crimes of the westerners and especially America against the people of Iran”.

The Punch Over the Nuclear Issue

Yet the bigger punch from the Summit may have been in its view of the Iran nuclear talks, stalemated by Tehran since March over its insistence on sharp limits on International Atomice Energy Agency inspections.

China and the GCC “stressed the need to…ensure the peaceful nature of the Iranian nuclear program….They reaffirmed the call on Iran to fully cooperate with the International Atomic Energy Agency.”

That was followed by the hammer blow, linking the nuclear issue to Iran’s policy and operations throughout the Middle East.

The leaders stressed the importance of a comprehensive dialogue with the participation of the countries of the region to address the Iranian nuclear file and destabilizing regional activities; address support for terrorist and sectarian groups and illegal armed organizations; prevent the proliferation of ballistic missiles and drones; ensure the safety of international navigation and oil installations; and adhere to UN resolutions and international legitimacy.

China — a permanent member of the UN Security Council and one of the 5+1 Powers in the Iran nuclear deal — had given its full endorsement to the position of Tehran’s rivals, notably Saudi Arabia and the UAE.

For 72 hours, the Iranian regime ignored that dimension of the Summit, hoping to avoid further tension with Beijing. But on Monday, Foreign Ministry spokesman Kan’ani finally had to acknowledge the development, albeit carefully.

The spokesman complained that the Summit had not recognized “Iran’s commitment to the Joint Comprehensive Plan of Action, commonly known as the Iran nuclear deal, and international regulations”. He said, “Iran reiterates endogenous security and non-interference of foreigners in the internal affairs of regional countries.”

“The Iranian administration is faithful to its neighbors-first policy when dealing with regional issues,” he maintained.

For now, the Iranian statements have not laid a finger on its Gulf rivals, let alone China.

President Xi Jinping’s landmark visit to the Middle East has cemented China’s strategic partnership with Arab states, mapping out joint actions for pragmatic cooperation and ushering in a new era for the building of a community with a shared future.

The Supreme Leader and Iran’s inner circle laid down a bet earlier this year: they could risk a stalemate or even a breakdown in the nuclear talks, since Tehran could count on China as an economic and political safety net.

But Beijing — amid Vladimir Putin’s failing invasion in Ukraine; the renewal of multilateral ties between the US, Europe, and other countries; and Iran’s weaknesses at home — has placed its own bet.

And those chips are with the Gulf States from the Saudis to the Emiratis.