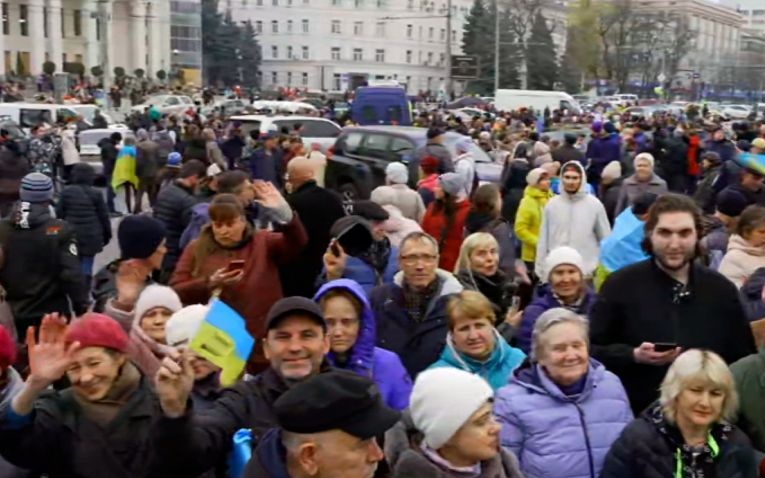 In his nightly address to the nation, Ukraine President Volodymyr Zelenskiy said stabilization measures are being implemented in Kherson city; however, an extensive recovery is needed.

Before fleeing from Kherson, the occupiers destroyed all the critical infrastructure: communications, water, heat, electricity.

[Russians] everywhere have the same goal: to humiliate people as much as possible. But we will restore everything, believe me.

Zelenskiy said more than 60 settlements have been liberated in the Kherson region this month.

The enthusiastic greetings of international journalists are not just in Kherson city —- residents of the village of Blahodatne welcome Reuters correspondents, “We have been waiting for you for so long.”

Vladimir Solovyov, a leading polemicist on Russian State TV and radio, is filled with angst over the retreat from Kherson, “We still can’t grasp that the goal of this war is our destruction”:

Top Russian propagandist Vladimir Solovyov is so mad about Russia's retreat from Kherson that he forgot the name of his own show and admitted to missing life the way it used to be. Watch his furious tirade, full of sighs, insults and outlandish lies: pic.twitter.com/X2KCTJVaCW