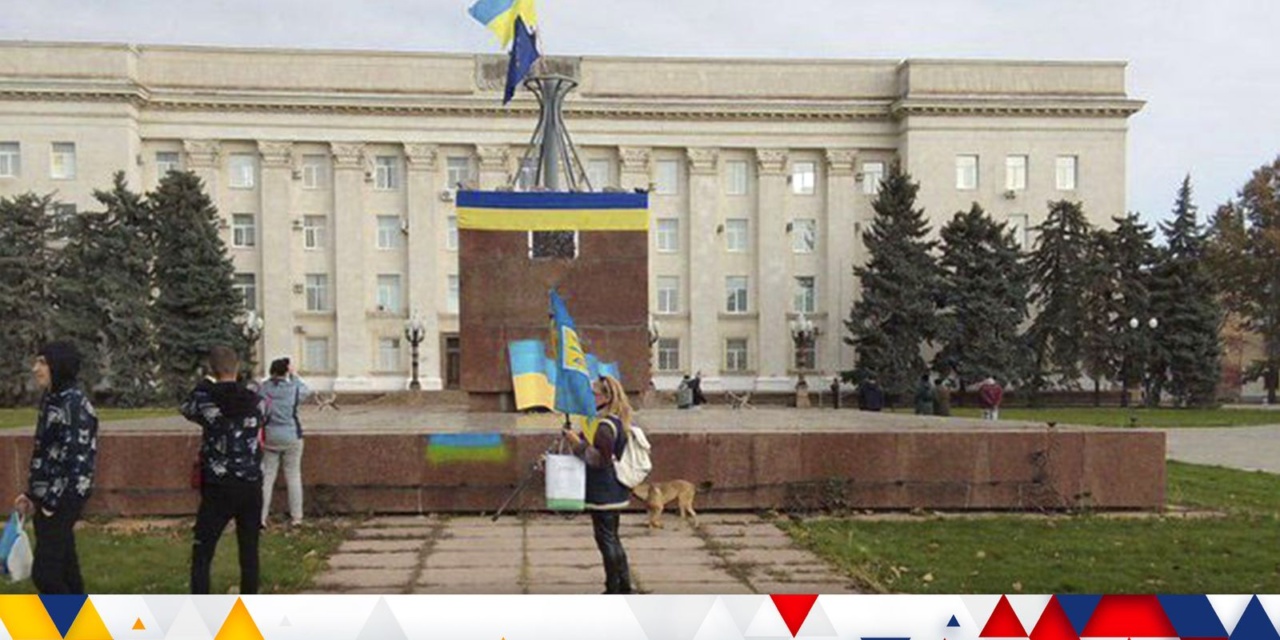 Ukraine’s national flag is raised in the center of liberated Kherson city, November 11, 2022

As Russia’s forces retreated from Kherson city — a withdrawal marking the defeat of Vladimir Putin’s 8 1/2-month invasion of Ukraine — I spoke on Thursday with Claire Byrne of Ireland’s RTE Radio 1 and Anna Cunningham of the UK’s Times Radio.

Listen to Discussion on RTE 1

I joined Diana Magnay, the Moscow correspondent of Sky News, to explain Ukraine’s caution even as the Russian announced their retreat.

Magnay and I then discuss whether Moscow’s defeat will prompt Vladimir Putin to accept negotiations to end his invasion — she sees signs of the Kremlin’s willingness, but I am sceptical.

Vladimir Putin doesn’t want to negotiate. This was to be his legacy: he was going to conquer Ukraine and make it part of greater Russia.

When you invest so much in that, you cannot negotiate your way out of defeat.

The only way you get negotiations is if you get figures around Putin who try to push him to the side.

I describe the weeks-long run-up to the Russian departure from Kherson, in the face of Ukraine’s advance. Then I take on the larger question of whether this means an inevitable if gradual defeat for Putin.

On September 21, Putin tried to salvage something with his declaration of “annexation” of Kherson.

It was always a defensive move, and it wasn’t viable.

I think by early 2023, Russia loses all the territory that it has taken in this year’s invasion.