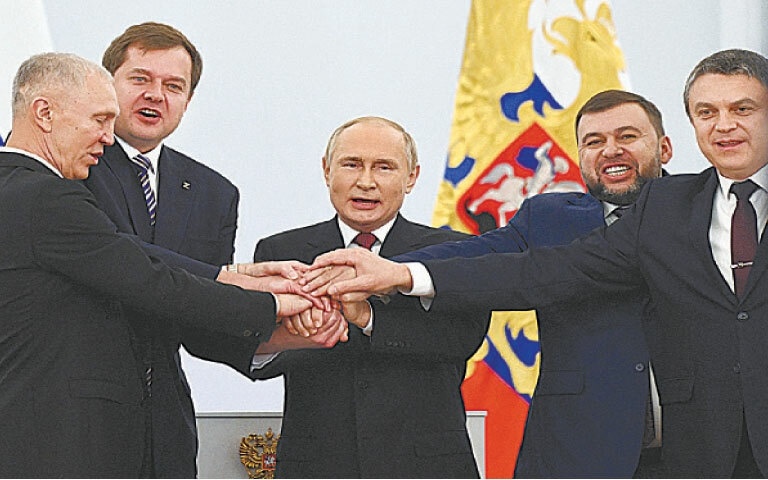 Vladimir Putin with the Russian proxy leaders of occupied areas n east and south Ukraine after a Kremlin ceremony of “annexation”, September 30, 2022

I joined Anna Cunningham on Times Radio on Friday, before Vladimir Putin’s ceremony in the Kremlin, to explain why his latest postures of strength are actually testimony to his military and political difficulties.

I analyze the twin move of annexation of occupied Ukrainian territory and sweeping mobilization of Russian men for the battlefront.

The telling contradiction? Putin’s pose of a conquered Ukraine as the Ukrainians advance on the frontlines and the shambolic mobilization erodes support for him at home.

What does Putin do? In the face of the Ukrainian counter-offensive, does he put his hands up and say, “I really messed this up. My people are really upset with me”?

Or does he double down on his gamble?