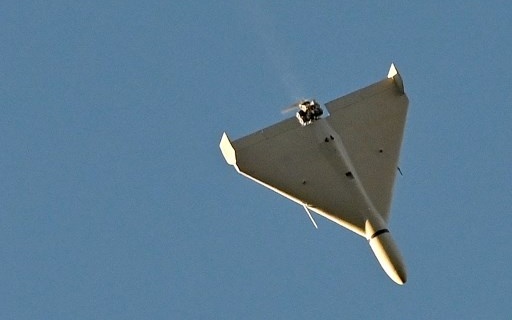 The European Union has approved more sanctions on Iran over human rights, amid the regime’s crackdown on nationwide protests following the death of Mahsa Amini in police custody.

The bloc announced the asset freezes and travel bans on 11 individuals and four institutions involved in the repression. Those sanctioned including the chief of the “morality police” who seized and reportedly beat Amini on September 13.

Today, the EU adopts restrictive measures against 11 individuals & 4 entities linked to the death of #MahsaAmini and to the violent repression of the peaceful protests pic.twitter.com/Q1v59IL4Ws

EA on Times Radio: Week in Review from UK to China to Iran

Meeting in Luxembourg on Monday, several EU foreign ministers called for further sanctions over Iran’s supply of “kamikaze drones” to Russia for use on civilian targets and infrastructure in Ukraine.

The Shahed-136 drones have been central in Russia’s escalation of strikes this month, killing scores of civilians and damaging facilities for electricity, heating, and water.

See also Ukraine War, Day 237: Zelenskiy — “The World Can and Must Stop This Terror”

Denmark’s Foreign Minister Jeppe Kofod said, “Iranian drones are used apparently to attack in the middle of Kyiv, this is an atrocity.”

EU foreign policy head Josep Borrell said after the foreign ministers’ meeting, “We are following very closely the use of drones. We are gathering evidence and we will be ready to react with the tools at our disposal.”

The German Ambassador to the UK added on Tuesday morning:

Iran 🇮🇷 should be punished with further sanctions for helping Russia to terrorise civilians in #Ukraine with their kamikaze drones. Worrying reports that Iran might also sell missiles to Russia.

Foreign Minister @ABaerbock underlines the need to act once we have all evidence. https://t.co/FfBhyR1idF

The US added its own warning through State Department spokesperson Vedant Patel:

Anyone doing business with Iran that could have any link to UAVs or ballistic missile developments or the flow of arms from Iran to Russia should be very careful and do their due diligence – the US will not hesitate to use sanctions or take actions against perpetrators.

Russia deepening an alliance with Iran is something the whole world – especially those in the region and across the world, frankly – should be seeing as a profound threat.