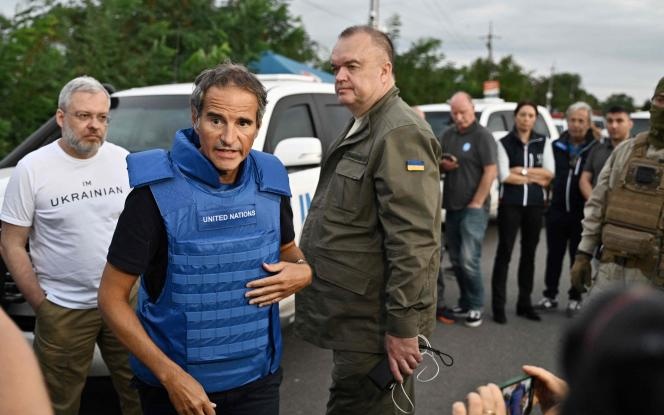 Finance Ministers of the G7 countries (US, UK, Italy, France, Germany, Japan, and Canada) have agreed to move towards a price cap on imports of Russian oil.

The ministers said they will “urgently work on the finalization and implementation” of the measure. They said the per-barrel level of the price cap will be determined later “based on a range of technical inputs”.

They summarized that the price cap will be “specifically designed” to reduce “Russia’s ability to fund its war of aggression whilst limiting the impact of Russia’s war on global energy prices, particularly for low and middle-income countries”.

The cap may be introduced alongside planned European Union embargoes on Russian oil, effective December 5 for crude oil and February 5 for refined products such as diesel.

Earlier on Friday, Kremlin spokesperson Dmitry Peskov threatened, “Companies that impose a price cap will not be among the recipients of Russian oil. We simply will not cooperate with them on non-market principles.”

He continued, “One thing can be said with confidence: such a move will lead to a significant destabilization of the oil markets.”

One hundred Russians have been accused or convicted under the law punishing dissent during the invasion of Ukraine.

Another 28 people, such as opposition leaders Ilya Yashin and Vladimir Kara-Murza, are in detention awaiting trial. Seven more cases were added in the last week, including soldiers Ilya Karpenko and Valery Kotovich and former lawmaker Ilya Ponomarev.

The harshest sentence so far was a 7-year term imposed on Moscow municipal deputy Alexei Gorinov in July.

The Ukraine military says it has “quite convincing” successes in the opening days of its counter-offensive in the south.

The enemy suffers quite significant losses — losses in manpower have gone from tens to hundreds. Equipment also burns….

We continue to destroy the enemy in terms of its logistics, capabilities, capacities. Ammunition warehouses explode, pontoon crossings explode. It means that the enemy’s logistics and transport connections are undermined to such an extent that they cannot raise reserves.

Wounded Ukrainian fighters have spoken of “extremely brutal” fighting, with “stiff resistance” from some Russian units but others fleeing their positions (see 0819 GMT).

The latest Russian attacks across the Donetsk region in eastern Ukraine have killed four civilians and injured 10.

Governor Pavlo Kyrylenko said two civilians were slain in Toretsk and one each in Velyka Novosilka and Avdiivka.

HRW’s 71-page report documents the forced transfers, “a serious violation of the laws of war that constitute war crimes and potential crimes against humanity”, and of the punishment and abuse of “filtration”.

The report complements the analysis of 21 filtration centers by Yale University researchers, using satellite images, and the first-hand accounts of those who have been able to leave the camps.

Ukrainian and US officials say up to 1.6 million people, including hundreds of thousands of childrens, have been forcibly deported to Russia.

HRW interviewed 54 people who went to Russia, went through filtration, had family members or friends who were transferred to Russia, or who supported Ukrainians trying to leave Russia. It also interviewed dozens of civilians from the Mariupol area, overrun by Russian forces in May, who escaped to Ukrainian-controlled territory.

HRW wrote the Russian Government on July 5 with a summary of the findings and with questions. There was no response.

Ukrainian officials, including President Volodymyr Zelenskiy, are calling for secrecy over the state of the counter-offensive in the south, emphasizing that “there will be no quick wins”.

Matthew Luxmoore of the Wall Street Journal has spoken to eight Ukrainian soldiers wounded on the frontlines of the fighting in the Kherson region.

Exclusive: We spoke to soldiers wounded in Ukraine’s counter-offensive at a hospital behind the frontlines, where they spoke of significant advances but an extremely brutal fight. “Our orders were ‘Go in, fuck them up, retake what’s ours.’” https://t.co/QFPACBZItj

“The guys are in a fighting mood,” one soldier said. “They’re moving forward.”

Others spoke of well-equipped Russian troops putting up stiff resistance, “They’re throwing everything against us”.

But some Russian troops are fleeing their positions, another soldier said, abandoning equipment and booby-trapping the bodies of dead comrades they leave behind. He showed footage appearing to show dead Russian soldiers in a village that he said was seized by Ukrainian forces.

“We’re advancing in some areas and being battered in others,” said a 22-year-old soldier suffering from concussion.

The doctor in the intensive care unit said “he was struck by the injured soldiers’ desire to keep fighting as soon as they are physically fit”.

Ukraine state energy operator Energoatom says Russian officials “are making every effort to prevent the International Atomic Energy Agency mission from getting to know the real state of affairs” at the Russian-occupied Zaporizhzhia nuclear power plant.

“They spread manipulative and false information about this visit,” the company explined.

A plant employee said, “They led Grossi and the inspectors along their route, showed them ‘arrival maps’ and brought local collaborators to them with statements from ‘indifferent citizens’ about the need to stop the shelling. It was a circus.”

The employee expressed concern that the Russians convinced the IAEA mission that the complex is not occupied by Russian combat units but by radiological, chemical, and biological protection troops.

But uncertainty continues over the extent of the inspections, as Russia and their proxies try to limit the mission.

Russian forces seized the plant, Europe’s largest, in early March. They are using it as a military base and shelling Ukrainian-held territory across the Dnipro River, relying on the cover of the six reactors to avoid retaliation.

After weeks of delays, mainly because of Russian maneuvers and shelling, the 14-member IAEA team arrived to assess physical damage to the plant, operation of safety and security systems, and staff conditions, and to carry out urgent safeguards activities.

IAEA head Rafael Grossi said the inspections would last four days, with five inspectors remaining on a permanent basis. But Russia and its proxies said access would be granted for only 24 hours.

Ukraine state energy company Energoatom said on Thursday that the team — having been delayed in arrival by several hours by shelling — will leave the plant by Saturday, a stay of less than 48 hours.

“We Saw the Key Things”

Grossi put a positive spin on the situation, saying that he saw “the key things I needed to see” with his team gathering “a lot of information”. Explanations were “very clear”, with the plant’s staff “carrying on professionally with their work” in “very difficult circumstances”.

But he also showed concern over the threat to safety:

It is obvious that the plant and physical integrity of the plant has been violated several times. I worried, I worry and I will continue to be worried about the plant until we have a situation which is more stable, which is more predictable.

The IAEA head then left the site, as his colleagues continued inspections.

I am finishing my first visit to #Ukraine’s #Zaporizhzhya Nuclear Power Plant.@IAEAorg is here to stay and will maintain a continued presence at #ZNPP. pic.twitter.com/k4zO3IMe2I

Ukrainian officials said they could not guarantee the team’s security. Energy Minister Herman Halushchenko said had “fulfilled its international obligations”, doing all it could, but the situation around the plant remained “a mess”.

Early Thursday, the Ukrainian agency Energoatom activated emergency procedures and shut down the facility’s Number 5 reactor — one of two in operation — “as a result of another mortar shelling by Russian…forces at the site”. Back-up diesel generators were used at the plant’s non-operational Number 2 reactor after a power supply line was damaged by the shelling.

The Guardian’s Luke Harding and Christopher Cherry speak to residents of Ukrainian-held Nikopol, repeatedly shelled by the Russians from the Zaporizhzhia plant: