EA on NBC and on GB News: Liz Truss, Reality Comes at You Fast 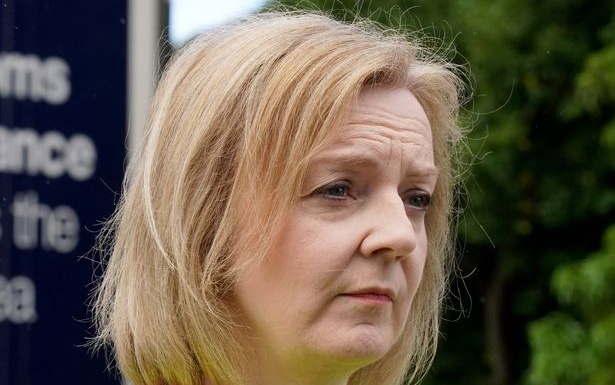 I spoke with NBC News for its feature, “Britain Now Confronts Its Economic Crises”:

This has been 10 days of Britain being in suspended animation [following the death of Queen Elizabeth II]. Now Britons are going to get an immediate shock and an immediate dose of reality….

This is not a right versus left thing, this is not Conservative versus Labour, this is about people trying to make ends meet. This winter will be the biggest economic and social crisis, definitely since the 1980s, and probably since the 1970s.

ORIGINAL ENTRY, SEPT 20: After a 12-day pause because of the death and funeral of Queen Elizabeth II, the UK’s political and economic problems go into overdrive from Tuesday.

I spoke with GB News about the trip of new Prime Minister Liz Truss (pictured) to New York for the UN General Assembly.

The right-wing outlet features the first half of the interview, covering the response of the UK and other countries to the Russian invasion of Ukraine.

But it’s the second half — which the pro-Brexit outlet does not highlight — which is more significant.

With the presenters looking surprised, I note that Truss has admitted that a US-UK trade deal is not going to happen. And as the Prime Minister prepares to meet US President Joe Biden, I explain the consequences for a UK in economic crisis.

The idea of a quick US-UK trade deal was always a myth of the Brexiteers. Always.

So, yes, “challenges” is an understatement for Liz Truss when you have isolated yourself not only from the Americans but from other markets in the post-Brexit environment.

The Americans say, “Fine, you make your own way in the world,” but we would rather have you as part of a strong international community — and that means good ties with Europe.

‘You’ll see Liz Truss highlighting that the UK is part of an international coalition to back Kyiv against Putin’s aggression.’

Political expert Scott Lucas says the war in Ukraine will ‘certainly be a major topic’ at the meeting of world leaders in the United Nations. pic.twitter.com/riSGxpulYx