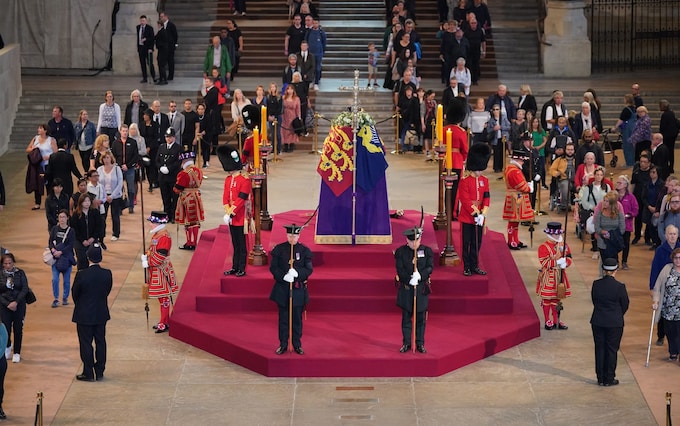 On the day of Queen Elizabeth II’s funeral, I spoke with TalkTV about the ceremonies and about the significance for the UK’s place in the world.

Amid Britain’s self-imposed Brexit isolation — and questions about the future of the Union of England, Scotland, Northern Ireland, and Wales — I consider the “soft power” of a queen who took the throne in 1952, as the UK was already facing a reduced Empire and a changed relationship with Europe, the US, and the rest of the globe.

Professor Scott Lucas says the 'soft power' of the monarchy is diminished by the Queen's death.

"She skilfully managed Britain's transition from foremost power in the world to a medium sized power. I'm not sure her successor has the same standing."@JuliaHB1 | @ScottLucas_EA pic.twitter.com/Nrmghi8Pe1