EA on BBC: Ken Starr’s Contribution to a Damaged US Politics 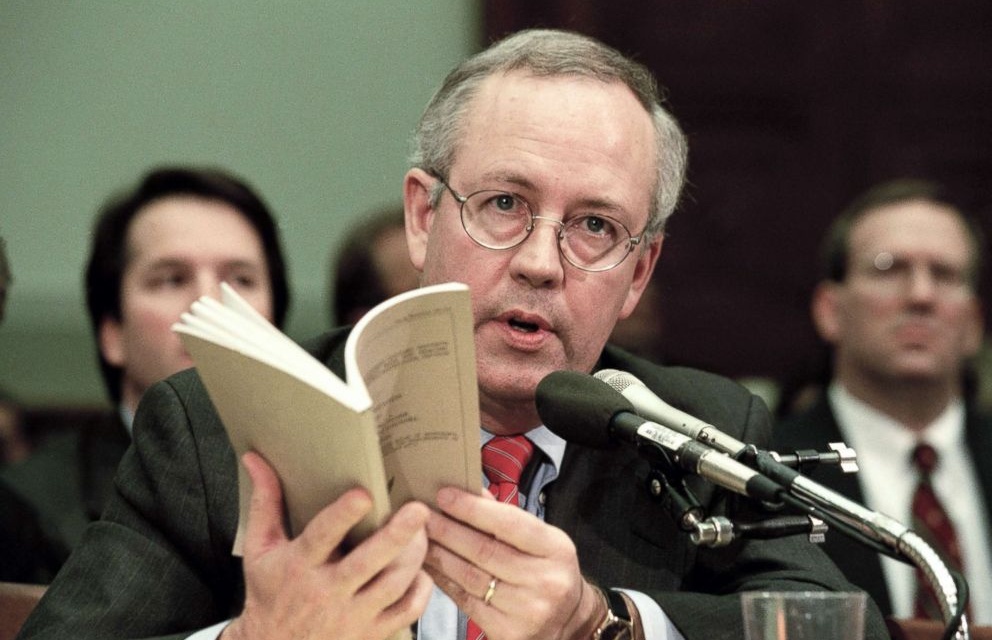 I spoke with BBC Radio Scotland on Wednesday about the damaging contribution to US politics of lawyer Ken Starr, who has died at the age of 76.

As special prosecutor from 1994 to 1998, Starr pursued President Bill Clinton, initially over finances around the Whitewater land deal and then over Clinton’s affairs, including with White House intern Monica Lewinsky.

No improper conduct was ever established over Whitewater, and Clinton was acquitted in an impeachment trial over perjury in the Lewinsky affair.

But Starr — having threatened Lewinsky with 27 years in prison and allied with right-wing media to take down Clinton — had his place in the polarization of America, as well as the politicization of the law. He was a prominent commentator on right-wing outlets throughout the 21st century, and joined Donald Trump’s defense team for the first impeachment trial in January 2020.

Some people will pay tribute to Ken Starr, but I don’t think there is any need to cover up his legacy: he started and he ended in way which was not helpful for American society….

We just have to hope there is not another 30 years of polarization and that the adults will come back into the room.