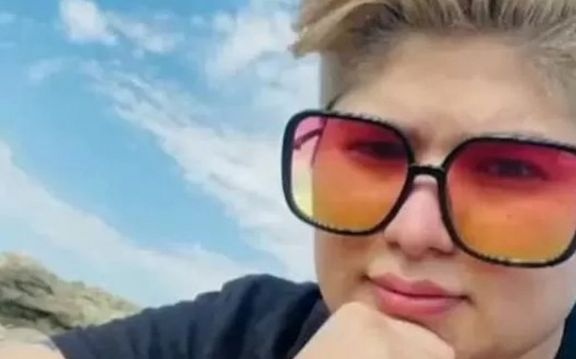 Zahra Sedighi-Hamedani (pictured), a 31-year-old blogger known online as Sareh, and Elham Chubdar, 24, were condemned earlier this month by the Revolutionary Court of Urmia, the capital of West Azerbaijan in northwest Iran.

The two were initially charged with “promoting homosexuality”, “promoting Christianity”, and “communicating with the hostile media outside the Islamic Republic”.

Confirming the death sentence, the Iran judiciary’s Mizan News Agency said the activists were convicted of “corruption on earth” in connection with “human trafficking”.

State news agency IRNA declared, “Contrary to news published online, the sentenced have deceived and trafficked young women and girls out of the country by promising them educational and work opportunities, thus leading to the suicide of several of their victims.”

No evidence from the trial was produced to support the claims of the Iranian outlets. Instead, Tasnim News Agency put out a propaganda video, accusing Sareh and others of running a trafficking gang to Erbil in northern Iraq, gambling, fraud, and “de-stigmatization of illicit sexual relations”.

“I Had To Be True To Myself”

A mother of two and singer who was selling cosmetics in Erbil, Sareh was hoping to release her first album. Soon after her arrest last December on the Iran-Turkey border, she spoke with fellow LGBT+ activist Sangar Ekraei, describing her life, beliefs, and activism.

Born and raised in a poor village in West Azerbaijan, Sareh worked as a farmer and shepherd. She went to an gender-integrated school because of the village’s limited facilities.

Despite her issues with gender identity early in life, Sareh married and “did my duty to my husband as a wife”: “After the divorce I realized I had to be true to myself. And so I view my marriage as something positive, because it made me do that.”

Her mother initially opposed her lifestyle, including her relationship, but now “none [of my family members] have a problem with me and they really respect my partner”.

Sareh and her partner now own the cosmetics and health products company Ebru Polat. Her two children lived with her until her imprisonment.