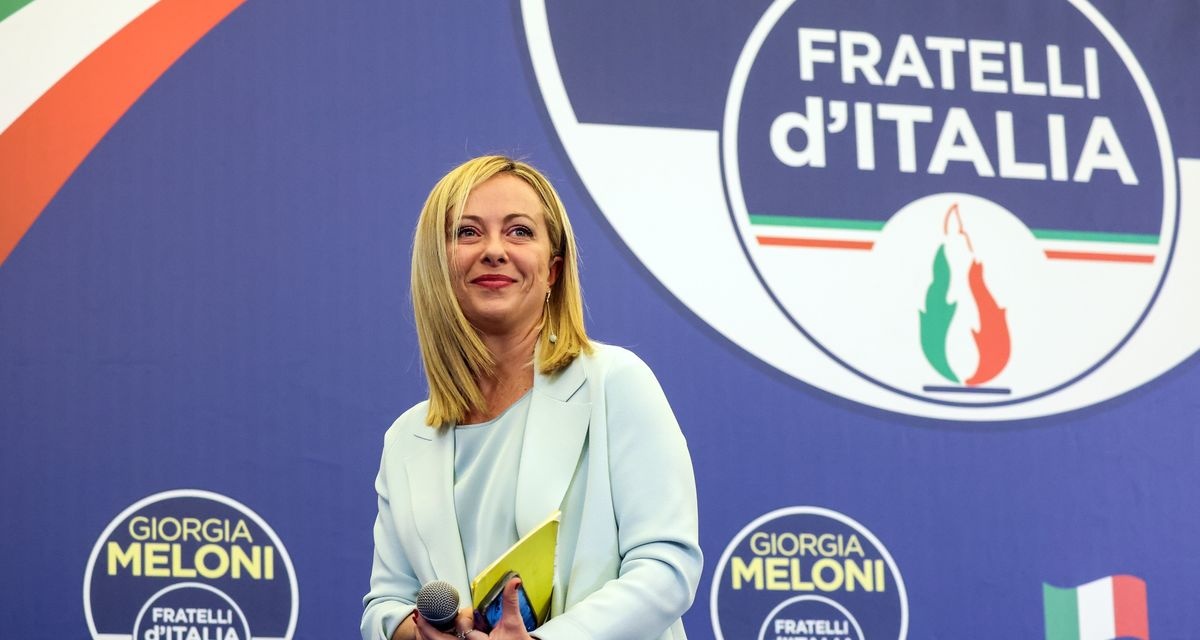 I answered the questions of Bertelsmann Stiftung’s Isabell Hoffmann about Sunday’s Italian election and the radical right Brothers of Italy party of Giorgia Meloni (pictured), who claimed the largest share of the vote:

No. I am not, as the balance of power works well in Italy. The President and the Constitutional Court have proven to be reliable institutions in constraining the power of the executive and Parliament – when necessary.

For example, they have worked well to restrain one Silvio Berlusconi in the past. So I do not think we will see a situation like in Hungary or Poland. What’s more, I do not believe Meloni is interested in rocking the boat of Italy’s international relations – with European partners, European institutions or NATO.

On the fiscal front, the new coalition will not have a lot of room to maneuver. During the campaign, the parties talked about cutting taxes and increasing pensions, but they won’t be able to do that. They might cut some education or health expenditures but not enough to make good on those campaign promises. But going for law and order, going for migration does not cost you a thing. So most likely, this is what they will do to please their electorate.

Will this sit well with Italians?

It does not have to sit well with all Italians. She just has to please the right wing electorate. She knows that most Italians would never, ever vote for her. She does not need to cater to these people. She only has to cater to the electorate of her coalition.

How did she win then?

There are some reasons converging. First, the right-wing coalition tends to be dominant among voters, and this has been so for three decades. Furthermore, the right was again able to stick together and present unitary candidates across the country – in contrast to the left, which failed to do so and was beset by in-fighting. Given the electoral law in place, unity and the ability to create broad alliances was absolutely essential.

Within the right, Meloni could position herself as the fresh face. Berlusconi is literally old (86), and his party is obviously a thing of the past. Salvini has been in government since 2018 and overplayed his hand one too many times. Also, both of them were involved in Mario Draghi’s government of national unity, hence they agreed to govern with the center-left.

Draghi himself was well-respected and quite popular, but he was not on the ballot. When he took the premiership in 2021, he announced he would be a one-term Prime Minister and would not stand for election if his government fell.

That is exactly what he did, which surprised me. Meloni, however, has always stayed out of government. As leader of the opposition, she had a right to a certain amount of space on television, and came across as a consistent and coherent right-wing voice that would not “get into bed” with the left. She capitalized on that.

Finally, she won because she “killed” her coalition partners. She is the one that took their voters away. She also collected some votes from the right-wing faction of the Five Star Movement. But mainly, her gains came from Forza Italia and the League. Absorbing her coalition partners proved, in this case, to be very effective, but it is also dangerous. Her allies, and especially the League, will make her life in government very difficult, once the honeymoon period is over.

How about her European politics? Many assume that this government means trouble for the European Union. Do you agree?

Two hundred billion euros are at stake. She is not going to want to lose them. That would not be forgiven and may even mean the end of her as PM.

The eurosceptics in Italy lamented for years that Europe would not do anything for the country. Then times changed. As Prime Minister, Conte secured a significant amount of money from the Recovery Fund – money that the country dearly needs. What she must do now is implement the reforms that have been agreed to bring this money home, and it is nearly inconceivable that she fails to do so, difficult as it certainly is.

She also knows that popularity is volatile these days. How many superheroes did we see come and go these last few years in Italy? There was Giuseppe Conte, who was praised for managing the pandemic and securing a large chunk of the Recovery Fund in the first place. Before him, we had Beppe Grillo, the illustrious disruptor of Italian politics. Not to forget Matteo Renzi, who was celebrated as the new wunderkind of the moderate left. And on it goes.

Yes, this is the Meloni moment, but it can pass quickly. Her coalition partners are just waiting for her to blunder as she pulls more voters from their parties.

For this coalition, I predict a very bumpy ride. For the EU, I predict she will be a pragmatic partner on substantial and important issues.