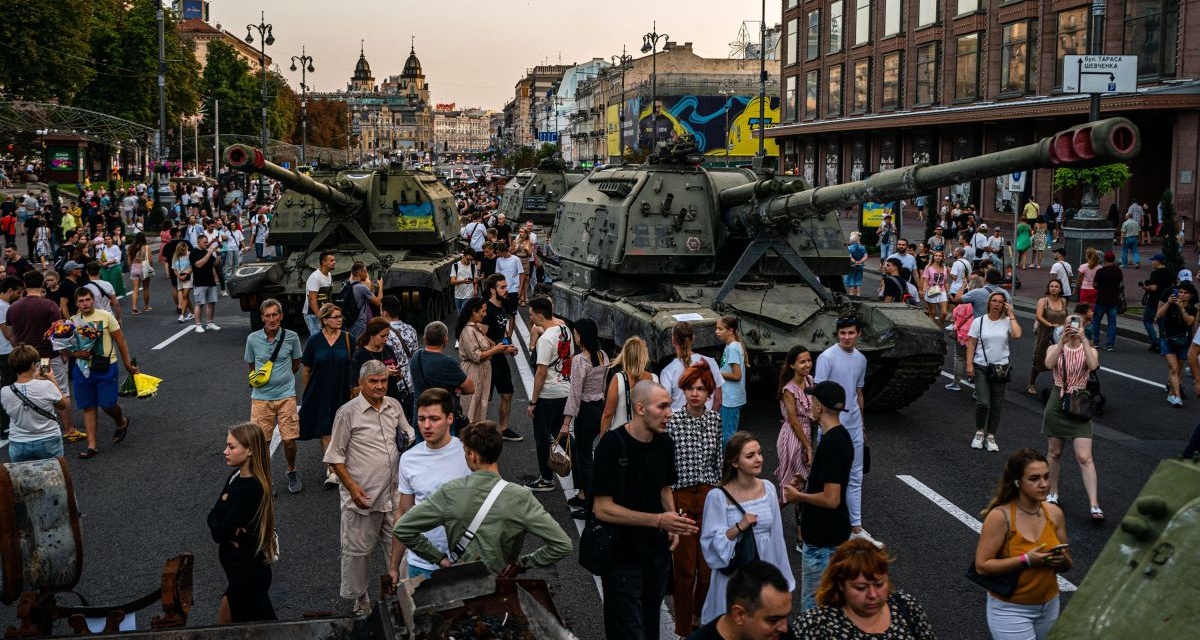 Ukrainians gather around a Russian tank in Kyiv on the eve of Ukraine Independence Day on August 24, 2022 (CNN)

I joined Times Radio’s Anna Cunningham on Tuesday to analyze the latest developments in Russia’s invasion of Ukraine.

Listen to Discussion from 41:03

I begin by noting Ukraine’s Independence Day on Wednesday, with the country still standing after six months of Vladimir Putin’s war.

Given the expectation that Kyiv would fall in the first days of the war and that the Zelenskiy Government would have to leave the capital — if it was not overthrown first — this is a significant marker of survival.

And, more than that, the war is shifting in favor of the Ukrainians.

I look at the current political, economic, and military situation, and what is likely to happen in the next six months.

And I analyze Saturday’s killing of Darya Dugina, a prominent Russian propagandist and the daughter of ultra-nationalist ideologue Alexander Dugin, knocking back the explanations of Moscow’s agencies.

I don’t think Ukraine did this. But I can think of a number of factions inside Russia who might have.

An extract from the interview:

"Putin will play his last card. He will try to freeze us here in the UK and across Europe."@ScottLucas_EA says the West must prepare for this "long phase in the war" for which Ukrainians are paying the price. pic.twitter.com/Zede0nuZ08