EA on Radio FM4 and The Focus: Moqtada al-Sadr and The Corrosive Paralysis of Iraq’s Government 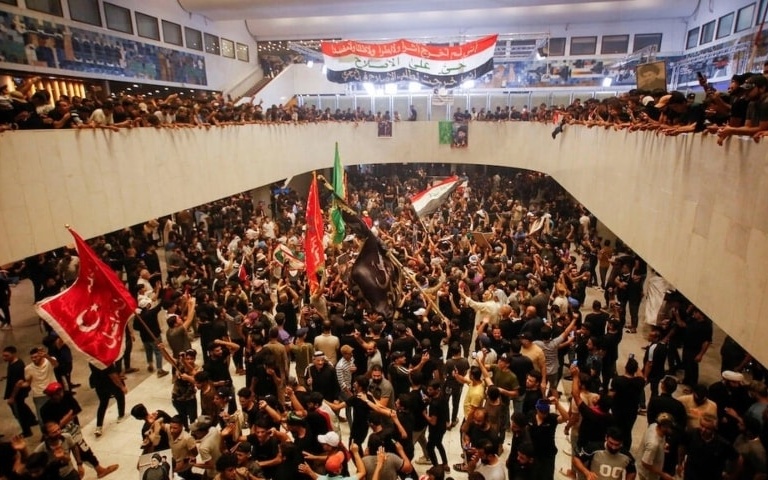 On Monday, more than 30 people were killed when the followers of the cleric Moqtada al-Sadr clashed both with Iraqi security forces and with rival Shia Muslim protesters of the Coordination Framework.

I spoke with Austria’s Radio FM4 about Moqtada al-Sadr: his background, his ambitions, and his paralysis — with potentially deadly consequences — of the Iraqi Government and system.

ORIGINAL ENTRY, AUGUST 15: Iraq’s government has been paralyzed since cleric Moqtada al-Sadr withdrew his representatives from the ruling coalition and from Parliament in June.

With the Sadrists periodically occupying the Parlimentary chamber, amid strains on Iraqi public services and temperatures of up to 53 Celsius (127 Fahrenheit), I have in-depth chat with Australia’s The Focus.

I explain to host John Bruni the reasons for al-Sadr’s power play, and why it is unlikely to produce any renewed Government — let alone one with him in charge — in the near future.

I discuss the roles of external actors such as Iran and the US, and the effect on the region of Baghdad’s stalemate.

Most importantly, I consider the significance for the Iraqis who have suffered from decades of repression, invasion, economic deprivation, and social division.