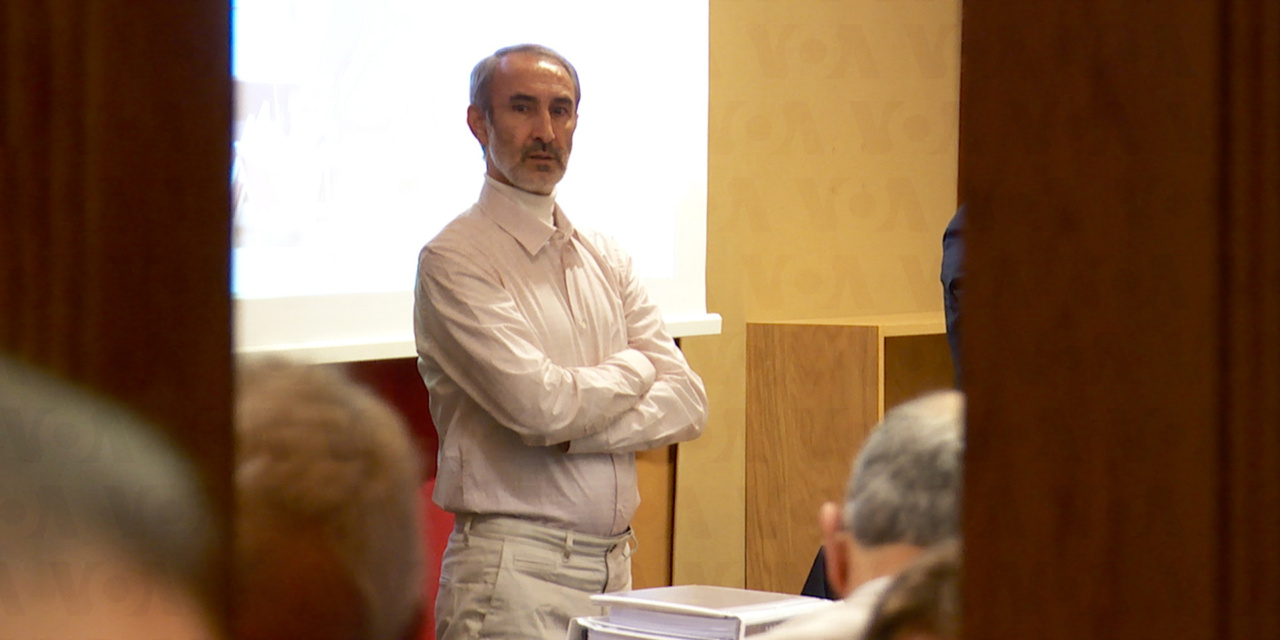 Iran has fired its second propaganda volley at Sweden in two days, following the conviction in a Swedish court of former Iranian judiciary official Hamid Nouri (pictured) for his role in mass executions in 1988.

Chaab’s court hearing opened in Tehran on Sunday. He reportedly said, “I have acknowledged all of my actions in writing and plead guilty to all of them.”

At least 25 people, including Revolutionary Guards members, were killed in the 2018 bombing.

See also Who’s Behind the Attack Killing 29 in Ahvaz in Southwest Iran?

Iranian outlets wrote that Chaab “admitted to being naturalized by Sweden and backed by the country’s government, saying he had been provided with a device that would alert Swedish security officials to rescue him whenever he was in danger”.

The prosecution declared that Sweden had provided sanctuary for Chaab and for members of the Party of Free Life of Kurdistan (PJAK) and Mujahedin-e-Khalq (MKO).

In apparent retaliation for Sweden’s conviction of former Iranian judiciary official Hamid Nouri over mass executions in 1988, Iran’s authorities have announced the detention of a Swedish citizen.

Iran’s Intelligence Ministry said on Saturday that it arrested the Swedish national on espionage charges after surveilling him for some time. It did not identify the detainee, or when and where the arrest was made.

The Ministry claimed that the Swede made several trips to Iran, re-entering several months ago following the arrest of “another European spy” to acquire information about the identity of the detainee.

Sweden’s Foreign Ministry confirmed that its national had been arrested in May, although Iranian officials did not announce the detention at the time.

ORIGINAL ENTRY, JULY 14: Hamid Nouri, an official in Iran’s judiciary, has been convicted by a Swedish court of murder and a “serious crime against international law” over his role in executions of at least 5,000 political prisoners in summer 1988.

Nouri was found guilty after 92 sessions of a trial which lasted almost a year, and in defiance of threats by Iranian officials of retaliation, including the execution of imprisoned Swedish-Iranian medical researcher Ahmadreza Djalali.

The political prisoners were killed in the final months of the Iran-Iraq War. Iranian officials claimed that many of them were members of the Mojahedin-e Khalq (MKO), which had pursued the violent overthrow of the Iranian system since the 1979 Islamic Revolution.

Nouri was arrested at a Stockholm airport in 2019 after Iranian dissidents in Sweden filed police complaints against him. The proceedings were the first against an Iranian official over the mass executions — possibly setting a precedent for those like Iran’s President Ebrahim Raisi, who were also part of the process.

Nouri said at his trial that he was on leave and working at a prison where there were no killings. However, some of the dozens of witnesses, many of them former political prisoners or families of executed detainees, testified that he was present at the executions.

Hadi Ghaemi, executive director of the Center for Human Rights in Iran, responded:

This trial and conviction are historic because for the first time in 43 years, since the inception of the Islamic Republic, an official from #Iran has been held accountable for mass atrocities. #HamidNouri #HamidNoury #حمید_نوری

Ghaemi continued, “Unlike thousands of political prisoners who were executed without due process based on their religious and political beliefs in Iran in 1988, Hamid was tried in a democratic country through a fair and lengthy judicial process that granted him every avenue to prepare a thorough defense.”

On Wednesday, the Iranian Foreign Ministry was still trying to pre-empt the conviction. Foreign Ministry spokesman Nasser Kanaani said, “Sweden should provide the grounds for the release of Nouri as soon as possible.”