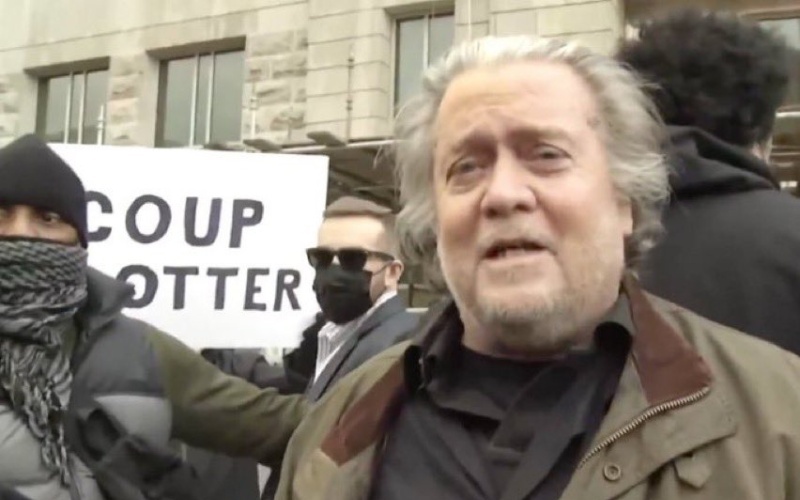 Steve Bannon arrives for a court appearance over contempt of Congress, November 15, 2021

I joined BBC 5 Live’s Colin Murray and Monocle 24’s Chris Cermak on Monday for in-depth analyses of Donald Trump’s advisor Steve Bannon, in a sudden reversal, agreeing to testify to the House select committee on the Capitol Attack.

I explain Bannon’s motive — he does not want to go to prison — the process for his testimony, and its potential significance amid the committee’s case against Trump over his coup attempt on January 6, 2021.

Trump is very much off to the side when it comes to these hearings. His camp have tried to intimidate witnesses and failed. The committee knows that it has a chain of evidence which is fairly strong.

Whether the public cares about that evidence — that’s a different question.

I think the committee has a lot more up its sleeve. They’re building step by step. An even more important person than Bannon is White House counsel Pat Cipollone, who testified behind closed doors last week.

They’re playing connect the dots here. Bannon is a piece, but he’s only one piece.