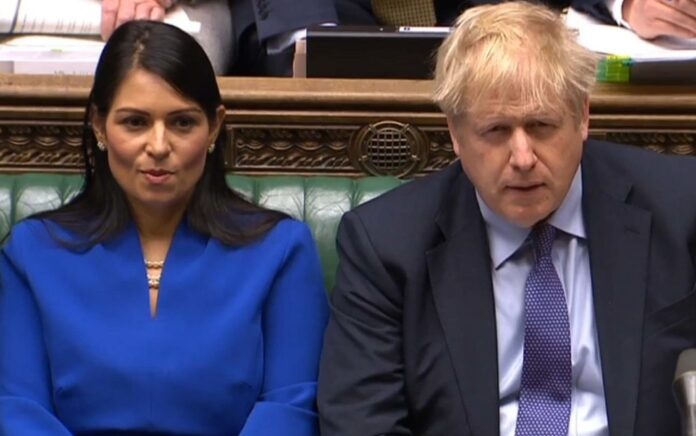 On Tuesday, UK courts and the European Court of Human Rights prevented the Johnson Government from deporting a first group of 37 asylum seekers to Rwanda.

I spoke with Turkey’s ANews on Wednesday about the situation and the illegal deportation.

American studies professor @ScottLucas_EA gives the latest from the UK regarding the deportation of asylum seekers.

Why? I joined India’s WION News on Monday to analyze how the Government — in serious trouble over Prime Minister Boris Johnson’s breaking of Coronavirus regulations, the shock of Brexit, and further economic problems — is looking for a “dog whistle” headline playing on and playing up anti-immigrant sentiment.

And then there are the political ambitions of Home Secretary Priti Patel….

This is crude power politics, using the bodies of migrants and refugees.

Thirty one asylum-seekers may be flown out to Rwanda on Tuesday as the United Kingdom's deportation plan gets high court's green light.

However, a UK court has allowed an appeal in a last-gasp challenge.