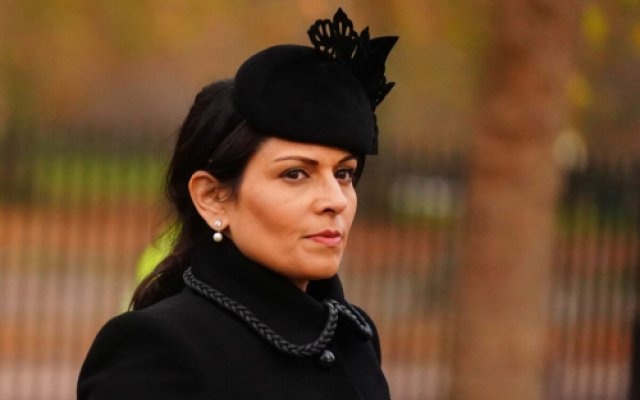 It’s been a busy couple of weeks for the UK’s Johnson Government: a sleaze scandal where it tried to gut the Parliamentary Standards Committee; the opening of an investigation into the Leader of the House of Commons, Jacob Rees-Mogg, over a £6 million loan from one of his companies; Prime Minister Boris Johnson caught out in a fib over who funded the expensive refurbishment of his Downing Street flat; and — the outrage which might break Johnson’s political back — the Downing Street Christmas parties last year flouting the Coronavirus lockdown.

So you may have missed this.

Home Secretary Priti Patel can strip a Briton of citizenship.

Last week the Government, despite its travails, rammed the Nationality and Borders Bill through the House of Commons. Under Clause 9, officials can deprive a British subject of citizenship without having to issue any notification, on the pretext of not having contact details or if the effort is not “reasonably practical”.

To be fair to Patel and the Government, the scheme did not start with them. Successive UK administrations since 2006, in the aftermath of bombings in London, have claimed the power to take away UK citizenship from dual nationals. In 2014, this was extended to British nationals who were born in another country. High-profile cases have include Shamima Begum, who left London for Syria as a teenager and married an Islamic State fighter; a dual British-Sudanese national, “K2”, who was allegedly involved in terrorism-related activities connected with the Somali faction al-Shabaab; and British-Pakistani members of a gang grooming underage women for sexual exploitation.

But Clause 9 goes much farther. Almost six million citizens in England and Wales are at risk, including 40% of people with non-white ethnic backgrounds and 50% of Asian Britons. (In contrast, only 5% of citizens classified as white are covered by the clause.)

Some libertarians within the ruling Conservative Party contend that the new powers give Patel the power to evade legal scrutiny. The former Brexit Secretary David Davis writes:

The only purpose this new amendment seems to serve is to prevent British courts from checking if the Home Secretary is complying with the law by effectively removing your right of appeal: if you don’t know your citizenship has been taken away, how could you possibly challenge it?

Boris Johnson is disgracefully getting someone of Asian heritage to do his dirty work.

The #NationalityAndBordersBill could have enduring disastrous consequences for the citizenship stripping of minorities, and that’s why all fair-minded people in full solidarity must oppose it. pic.twitter.com/vQim7w6G1n

Press attention has noted how parts of the Nationality and Borders Bill seeks to stifle protests and to criminalize anyone taking part in the rescue of refugees and migrants crossing the English Channel. These aspects are not separate from the threat to citizenship: Patel can mobilize her rigid anti-immigratn position to stoke divisions with an “us and them” mantra — whether the “them” are refugees, Muslims, migrants, or the European Union.

If the House of Lords rubber-stamp the Bill, Patel will have “unprecedented power”, according to Reprieve director Maya Foa:

Under this regime, a person accused of speeding would be afforded more rights than someone at risk of being deprived of their British nationality. This once again shows how little regard this government has for the rule of law.

During the past few days, I recall the warnings of some of my family elders in my youth. They urged Indian passport holders to retain the document for the day when “we are told to leave”. With hindsight, this was not paranoia but smart contingency planning.

Clause 9 is being implemented at the expense of liberty. Six million British subjects could become second-class citizens, effectively “told to leave”, and they will not even know about it.