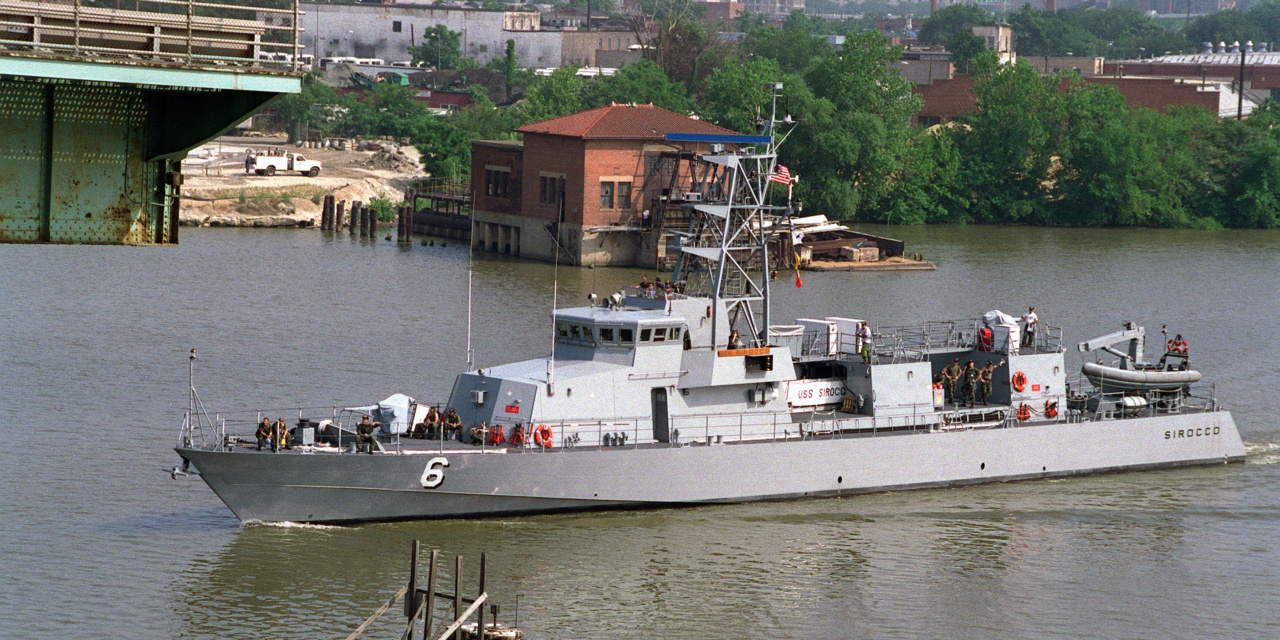 In the latest display of military force in the Persian Gulf, three Iranian military speedboats have buzzed two US warships at “dangerously high speed”.

The Revolutionary Guards speedboats approached the patrol ship USS Sirocco (pictured) and transport vessel USNS Choctaw County as they moved through international waters on Monday. A US military official said the speedboats raced towards the the Sirocco head on, diverting only after the patrol ship issued an audible warning signal. When the speedboats moved within 50 yards of the Choctaw County, the Sirocco deployed a warning flare.

The speedboats left the area after about an hour.

US Central Command spokesman Col. Joseph Buccino said the Revolutionary Guards’ actions “did not meet the international standards of professional or safe maritime behavior, increasing the risk of miscalculation and collision”.

Last year, three Iranian fast-attack craft charged two US warships patrolling international waters in the Persian Gulf, coming within 68 yards until the Americans fired warning shots. In 2020, US officials said 11 Iranian ships had made “unsafe and unprofessional” moves as they sped around American vessels.