Can the EU Pursue a Successful “Climate Politics”? 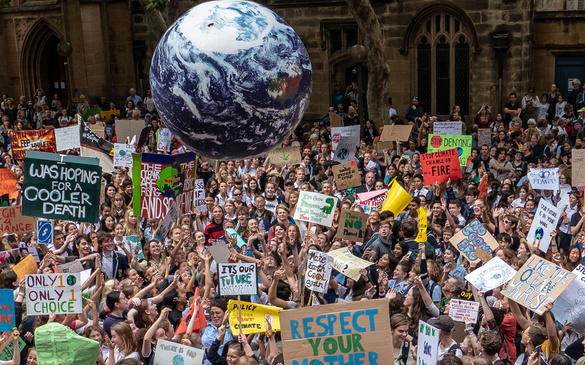 France’s EU!Radio interviews the University of Surrey’s Baris Celik for the Ideas in Europe series.

euradio · Can the EU to please everyone in climate politics ? – Ideas on Europe

Baris, your research focuses on the EU’s environmental politics, a field where the EU’s ambition for global leadership is perhaps the most visible.

That’s right: in environmental politics, the EU seeks to lead by example by committing to protect the environment and establish sustainable development. For example, as you well know, the EU often attaches environmental standards to its trade deals with the rest of the world.

However, being a global leader requires gaining the legitimacy and credibility in the eyes of the actors that the EU must interact with. In a globalized world, the support of developed and developing countries is crucial for the EU to be recognised as world leader in the protection of our environment.

In addition to these actors’ concerns, the EU also sets itself a set of some values to follow in international climate politics, such as protecting jobs, dealing with the negative economic effects of climate measures, and protecting endangered species. Add to that is the member states’ interests that the EU officials try to mitigate on a daily basis.

And do you think the EU is up to the job?

In fairness, fulfilling all these tasks at the same time is a mountainous undertaking. Knowing this difficulty, the EU scaled down its high ambitions over the last few years and adopted a more realistic position in its interactions with the rest of the world in environmental politics. Researchers call this a strategic shift, or the EU’s realization that its rose-tinted spectacles do not match the political reality of the world we live in.

How precisely did such a strategic shift take place? How did the EU adjust to the ugly political realities of climate change?

To achieve these conflicting tasks at the same time, what the EU officials say and what they officially decide upon respond to different demands. To be more precise: while appreciating the “dirty politics” of climate change, the EU officials still want to maintain the EU’s commitment for a greener earth and sustainable development. To do this, the EU officials portray the EU to the rest of the world in different ways. For example, while the EU’s policy decisions focus on the demands of strategic actors like the US and China, the verbal declarations of top EU policymakers emphasise the societal and ethical concerns.

You mean there’s a real gap between what is said and what is done?

To put it bluntly: the EU as an organization behaves like a hypocrite. No need to be scandalized: hypocrisy may have negative connotations in moral or ethical terms, but hypocrisy can in fact be very functional for a multilevel organisation like the EU.

Organizations like the EU are formed of various actors, institutions, and levels of policymaking. As a result, people working for these organizations have to address multiple demands at the same time. And these are demands that are not easy to reconcile with one another. Under these circumstances, saying and doing things differently allows such organizations to offer “win-win” solutions to complex problems. As a matter of fact, hypocrisy is a functional tool for the EU to address political, economic, and environmental concerns at the same time.

However — and let this be a warning to the EU policymakers — research also shows that saying things in one direction and doing things in another makes it more difficult for the EU to maintain a legitimate standing both at home and abroad.

By simultaneously communicating different signals about the EU’s intentions, the EU officials and their decisions portray different and conflicting aspects of the EU – is it a rational, innovative, or responsible actor? This leads to confusion in both developed and developing countries about what the EU really tries to achieve in global climate politics. For example, developing countries may not see the EU’s “green approach” as particularly green. Consistency in message should be an important concern for the EU, because environment will remain a key area where the EU’s claims for global leadership will be tested.