Zaghari-Ratcliffe: UK Foreign Office Complicit in My “Confession” in Iran 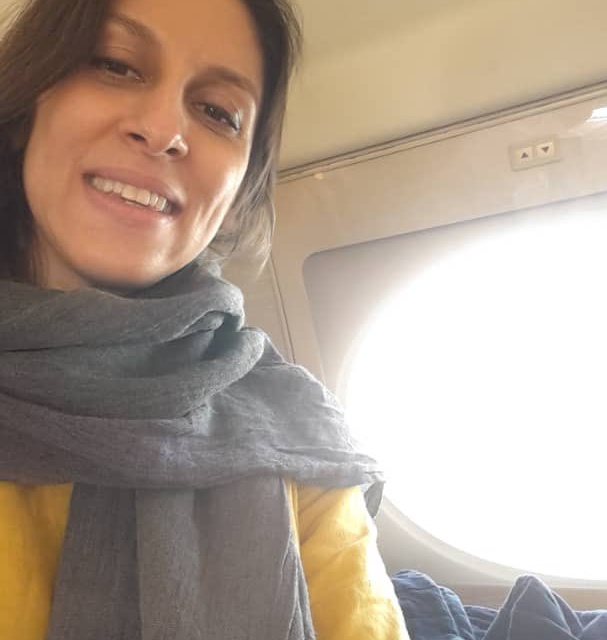 Zaghari-Ratcliffe, seized in April 2016 as she was departing Iran after a visit to her mother and other relatives, was released when the UK finally agreed to pay a historic £400m ($503m) debt to Iran.

See also Zaghari-Ratcliffe: “I Should Not Have Been in Iran Prison for Six Years”

But before she could depart, rejoining her husband Richard and daughter Gabriella, Zaghari-Ratcliffe had to sign the “confession” at Imam Khomeini International Airport outside Tehran.

In a 20-page letter to UK Foreign Secretary Liz Truss, written by her lawyers, the charity worker expresses her shock over the condition, saying the Foreign Office’s actions had “taken a huge personal toll on her and caused her severe trauma”.

UK officials were complicit in an unlawful act by the Iranian authorities, telling her that she must sign a false confession in circumstances where she effectively had no other choice.

The actions of UK officials appear contrary to the UK policy not to “participate in, solicit, encourage or condone the use of torture or mistreatment for any purpose”….

Zaghari-Ratcliffe had resisted intense pressure to make a false confession on many occasions during interrogations and during her eight and a half months in solitary confinement. To be told to sign a false confession by her own government after all she had survived was deeply distressing to her.

In her first press conference after her release, Zaghari-Ratcliffe challenged the UK Government and its officials, “I mean, how many Foreign Secretaries does it take for someone to come home? Five? We all know…how I came home. It should have happened exactly six years ago. I should not have been in prison for six years.”

The circumstances of Zaghari-Ratcliffe’s last 72 hours in Iranian custody add weight to that challenge. She was accused of being a spy, taunted with offers of release and then threats to revoke it, and efforts for the forced “confession” over unspecified crimes.

The UK Ambassador called Zaghari-Ratcliffe on March 14, two days before her release, and told her she must attend a meeting with Iranian officials to obtain a new Iranian passport — even though her Iranian lawyer advised her not attend.

She was accused by Iranian officials of being a spy, was told that if she loved Iran she wouldn’t have done what she did, and asked if she regretted it. She was informed they were exchanging her for half a billion dollars. They then pressured her to sign a document purporting to confess to unspecified charges and promising not to sue the Iranian government. The document appeared to be a standardised form with blank spaces to fill in details of the alleged crimes and the confession.

A “particularly sinister official” entered the room, accused her of being a spy and ruining Iran and telling her: “If you don’t sign this, you won’t go home.”

She eventually agreed to handwriting a separate document, removing the words “I confess”. The UK Ambassador assured her afterwards that the document had no legal standing, Zaghari-Ratcliffe says.

But at the airport the following afternoon, having had no lunch or refreshments, Zaghari-Ratcliffe was approached by the UK’s lead negotiator. He “told her that the Iranians would not let her get on the plane unless she signed” the confession, maintaining that it had no value.

The lawyers note that the episode was the culmination of “years of abuse and manipulation of Zaghari-Ratcliffe at the hands of Iranian authorities, [which] caused her to suffer serious and chronic post-traumatic stress disorder, major depression and obsessive compulsive disorder”.