Zaghari-Ratcliffe: “I Should Not Have Been in Iran Prison for Six Years” 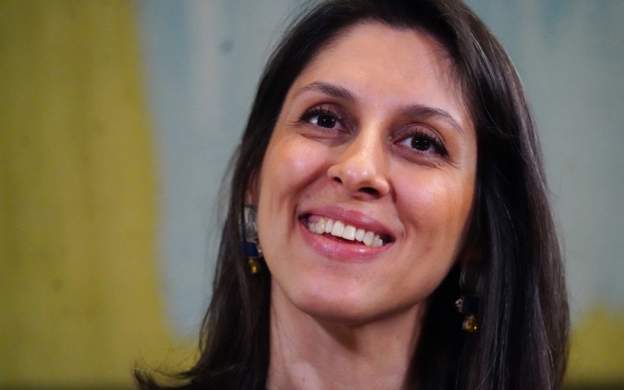 Nazanin Zaghari-Ratcliffe, freed after almost six years as a political prisoner in Iran, has criticized the UK Government for not doing more to secure her release.

Zaghari-Ratcliffe also noted how she was used as a pawn by Tehran, as soon as she was seized in April 2016, for the UK’s repayment of a historic £400m ($525m) debt to Iran over the Shah’s purchase of Chieftain tanks in the 1970s.

In her first press conference since she was allowed to leave Iran last week, the Anglo-Iranian charity worker asked:

I mean, how many foreign secretaries does it take for someone to come home? Five?

We all know…how I came home. It should have happened exactly six years ago. I should not have been in prison for six years.

Her husband Richard, who publicly campaign for her release, thanked the UK Government but Zaghari-Ratcliffe responded: “I love you Richard, respect whatever you believe, but I was told many, many times: ‘Oh, we’re going to get you home.’ That never happened.”

She described the “black hole” in her heart by Iran’s seizure of her, separating her from her infant daughter Gabriella as they were leaving the country after a visit to relatives. She cited Tehran’s repeated manipulation of her case — adding an additional year to her prison term and threatening more — as it used her for political leverage.

I think it was the week two or week three that I was arrested, like six years ago, that they told me: “We want something off the Brits. We will not let you go until such time that we get it.”

And they did keep their promise.

Zaghari=Ratcliffe spoke of the ongoing detention of other foreign and dual nationals, noting that until they are released, “The meaning of freedom is never going to be complete.”

Anglo-Iranian businessman Anousheh Ashouri was also released, having been seized in August 2017, but Anglo-US-Iranian environmentalist Mohrad Tahbaz is still behind bars.

Zaghari-Ratcliffe referred to the case of Tahbaz, who was seized with eight colleagues — one of whom soon died in suspicious circumstances in Tehran’s Evin Prison — in January 2019 as she explained:

I do not think anybody’s life should be linked to a kind of global agreement, whether it is a nuclear one or an environmental one.

Every human being has got a right to be free. What really upset me was that my life was linked to something that has got nothing to do with me.

The charity worker asked Tahbaz’s daughter Roxanne to join her as summarized:

To begin with Mohrad, but also the other dual nationals, members of religious groups, or prisoners of conscience who are….I mean, we do realise that if I have been in prison for six years there are so many other people we don’t know their names who have been suffering in prison in Iran.