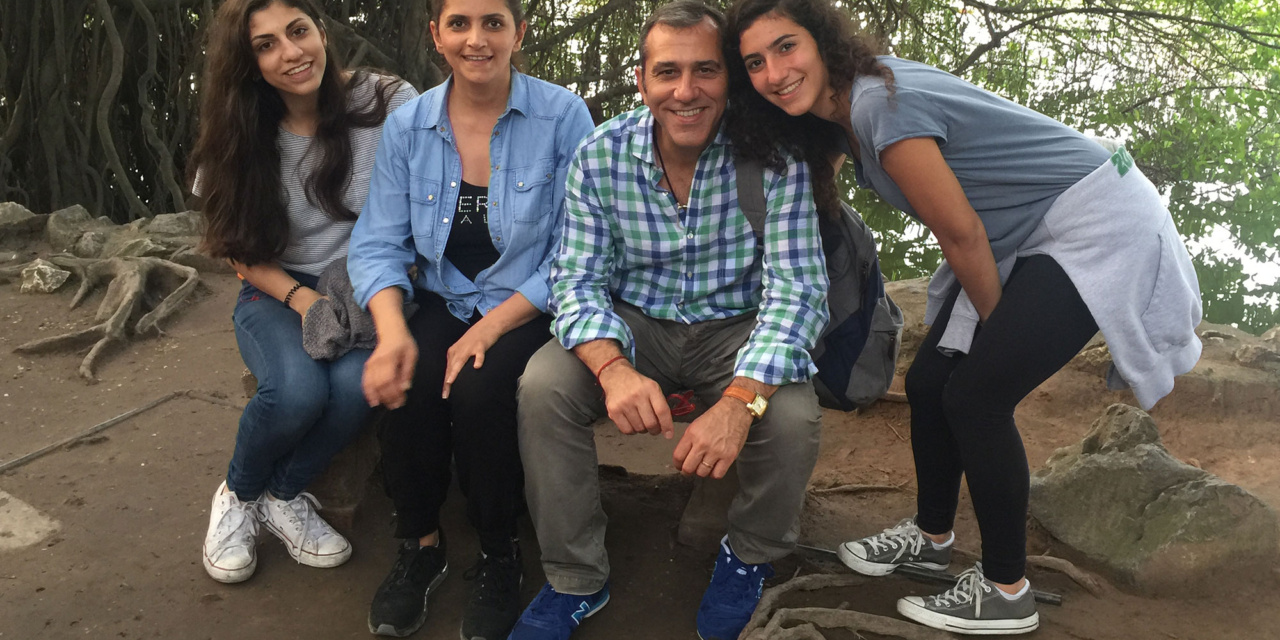 Emad Sharghi with his wife Bahareh (2nd from L) and daughters Ariana (L), and Hannah

Standing outside the White House, the families of US citizens and political prisoners Emad Sharghi and Morad Tahbaz have appealed for more efforts by the Biden Administration to obtain the release of the men.

For four years, the Shargi family has waited anxiously for the Iranian government to release Emad. Like too many other families, their loved one has been treated as a political pawn. We call on Iran to stop this inhumane practice and release Emad. pic.twitter.com/0xGYWEhUHq

Sharghi was first detained in March 2018, months after he and his wife had decided to settle in Iran following the entry of their daughters in university. He was released on bail in November, but imprisoned again in January 2021 and sentenced in December.

The US Special Envoy for Iran, Robert Malley also called for the release of Sharghi and other detained Americans, including oil executive Siamak Namazi; his 85-year-old father Baquer, a former UN staff; and Anglo-American-Iranian environmentalist Morad Tahbaz.

Emad Sharghi was arrested four years ago today. He was cleared of all charges, but then convicted in absentia, rearrested, and has now spent over 500 days in Evin Prison.

Emad, the Namazis, and Morad Tahbaz must all be allowed to come home now.

Siamak Namazi was seized in October 2015. His father Baquer was detained the following March when he went to Tehran’s Evin Prison to inquire about his son. Both have been given 10-year sentences

Tahbaz was seized with eight other environmentalists of the Persian Wildlife Heritage Foundation in January 2018. One soon died in Evin in suspicious circumstances. Tahbaz was also handed 10 years in prison.

Last month, after the UK paid a historic debt of £400m ($514m) to Iran, Anglo-Iranian nationals Nazanin Zaghari-Ratcliffe and Anoosheh Ashoori were allowed to leave the country. However, probably because of his US passport, Tahbaz was only released briefly on furlough and then returned to Evin.