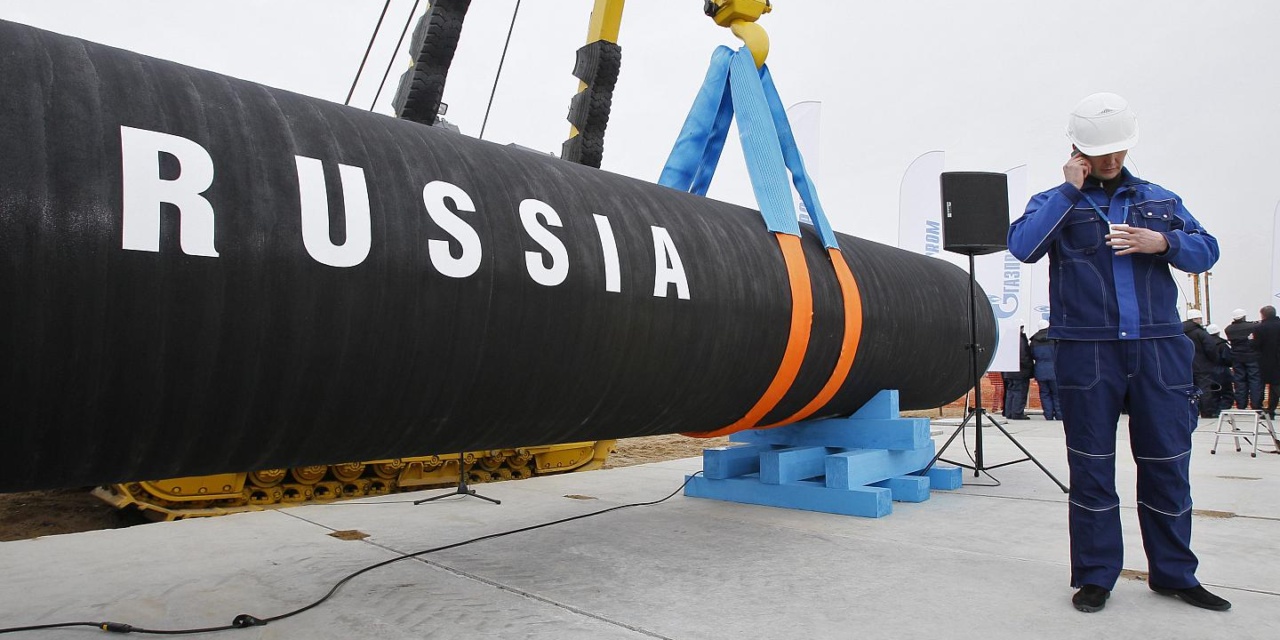 EA on TRT World: Can the EU Cut Off Imports of Russia’s Oil and Gas? 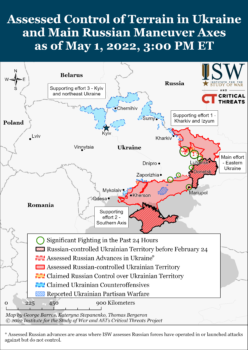 The death toll from Russian shelling of a coke plant in Avdiivka in eastern Ukraine has risen to 10, with 15 civilians.

Amid fuel shortages, many gas stations across Kyiv are closed.

There are long lines of cars at those which remain open, with an average wait time of at least an hour.

A local driver told CNN, “This is not normal. I spend more time thinking about how to find fuel than I spend trying to find customers.”

Venediktova visited Irpin, near Kyiv, one of the towns where Russian occupiers killed and raped civilians. “I am sure actually that it was strategy,” she said. “This is, of course, to scare civil society…to do everything to [force Ukraine to] capitulate.”

She recalled Russian attacks in Georgia, Russia’s Chechnya region, and Syria and in Ukraine in 2014: “If we speak about crime of aggression, we all know who started this war, and this person is Vladimir Putin.”

UK Prime Minister Boris Johnson has addressed the Ukraine Parliament by video, announcing another £300bn ($375m) in military aid and receiving a series of ovations.

The Red Cross has released an image of about 100 civilians from besieged Mariupol reaching Zaporizhzhia, 132 miles to the northwest.

BREAKING: The safe passage operation that left #Mariupol over the weekend has safely arrived in Zaporzhzhia.

Our teams, working with @UN personnel, escorted +100 people who were able to leave the city and surrounding areas. pic.twitter.com/fjChmhsOVb

The civilians were allowed to leave on Sunday. Russian forces have prevented any evacuation since then, escalating attacks on the Azovstal steel plant.

The Red Cross said in a statement, “Those trapped in the Azovstal plant have lived through unimaginable horror. We haven’t forgotten those who are still there. We’ll continue working to facilitate safe passage for people.”

Sebastian Rhodes Stampa, the head of the UN Office for the Coordination of Humanitarian Affairs, said he believed civilians still trapped in Azovstal are likely “terrified to come out”.

He explained, “Many of the people I have spoken to thought they might be forced to go somewhere they didn’t want to go or be arrested for having been in the steel factory with the fighters.”

Russia’s Defense Ministry has acknowledged that it resumed shelling of Mariupol, soon after weekend evacuations of about 180 civilians from the Azovstal steel plant.

Ministry spokesman Vadim Astafyev claimed that the shelling and bombing, which prevented any evacuations on Monday, was of Ukrainian forces and “militants” who came out of underground shelters during the evacuations and took up “firing positions on the territory and in the buildings of the plant”.

Denys Shlega, a commander in the Ukraine National Guard, said:

All night long the plant was hit by artillery, naval artillery and aircraft. Two civilian women in one of the bunkers were killed as a result of a massive air strike.

Since the morning, the enemy has been trying to assault the Azovstal plant with significant forces using armored vehicles. Our soldiers bravely repel all attacks.

The civilian death toll from this morning’s Russian attacks on the Donetsk region in eastern Ukraine has risen to at least nine.

Governor Pavlo Kyrylenko said three residents were killed and two wounded when eight houses were damaged in Avdiivka. Another three were killed while drinking water in the city of Vugledar, and another three in the town of Lyman.

At least three civilians have been killed this morning in Russian shelling of the city of Vuhledar in the Donetsk region in eastern Ukraine, according to President Volodymyr Zelenskiy’s office.

The governor of the neighboring Luhansk region, Serhiy Haidai, said 12 Russian attacks were repelled on the frontline of Luhansk and Donetsk on Monday. He claimed the destruction of six tanks, five artillery systems, 22 armored combat vehicles, and eight motor vehicles, and said air defense units shot down five UAVs.

Prime minister Boris Johnson will announce the support in a speech hailing resolve during World War II against aggressors, citing Ukraine’s “finest hour”, too in its resistance of Russia’s invasion.

After the weekend evacuations of about 180 civilians from the besieged Azovstal steel works in Mariupol, further departures from the port city were blocked by Russian forces on Monday.

The Russians resumed their shelling of the steel works with about 200 civilians still trapped in an underground shelter.

The Mariupol City Council said it will try again to move civilians from 7 a.m. Tuesday, with the support of the UN and the Red Cross.

ORIGINAL ENTRY: The European Union is moving towards a phaseout of imports of Russian oil, following Germany’s approval of the measure.

The EU is expected to include the commitment this week in its sixth set of sanctions over Russia’s invasion of Ukraine.

Throughout the weekend German officials emphasized that the country has reduced its dependence on Russian energy supplies: from about 35% to 12% for oil, 55% to 32%, and about 50% to 8% for coal. Economy Minister Robert Habeck said on Monday, after meeting EU colleagues in Brussels, “We have managed to reach a situation where Germany is able to bear an oil embargo.” He added:

We will be harming ourselves, that much is clear. It’s inconceivable that sanctions won’t have consequences for our own economy and for prices in our countries.

We as Europeans are prepared to bear [this] in order to help Ukraine. But there’s no way this won’t come at a cost to us.

Two EU officials said that exemptions may be granted for Hungary and Slovakia, given their dependence on Russian oil and the objection of Hungary to any phaseout.

EU Commissioner for Energy Kadri Simson said on Monday, after a meeting of energy ministers, that all agreed payment in roubles would breach sanctions. He said the refusal must be maintained despite any risk of interruption of supply.

Oil and gas imports from Russia have remained at about their pre-invasion level; however, last week Gazprom suspended gas to Poland and Bulgaria and threatened other EU countries.

The Hungarian Government, whose Prime Minister Viktor Orbán is close to Vladimir Putin, has said it will accede to Putin’s ultimatum. However, Simson said she had not heard of any European energy company that was preparing to comply.

Many European energy companies are due to make the next payment to Gazprom in mid-May [May 20] and are trying to understand better what they should do and we need to give them the clarity that paying in roubles through the conversion mechanism managed by the Russian public authorities and a second dedicated account at Gazprom bank is a violation of the sanctions and cannot be accepted.