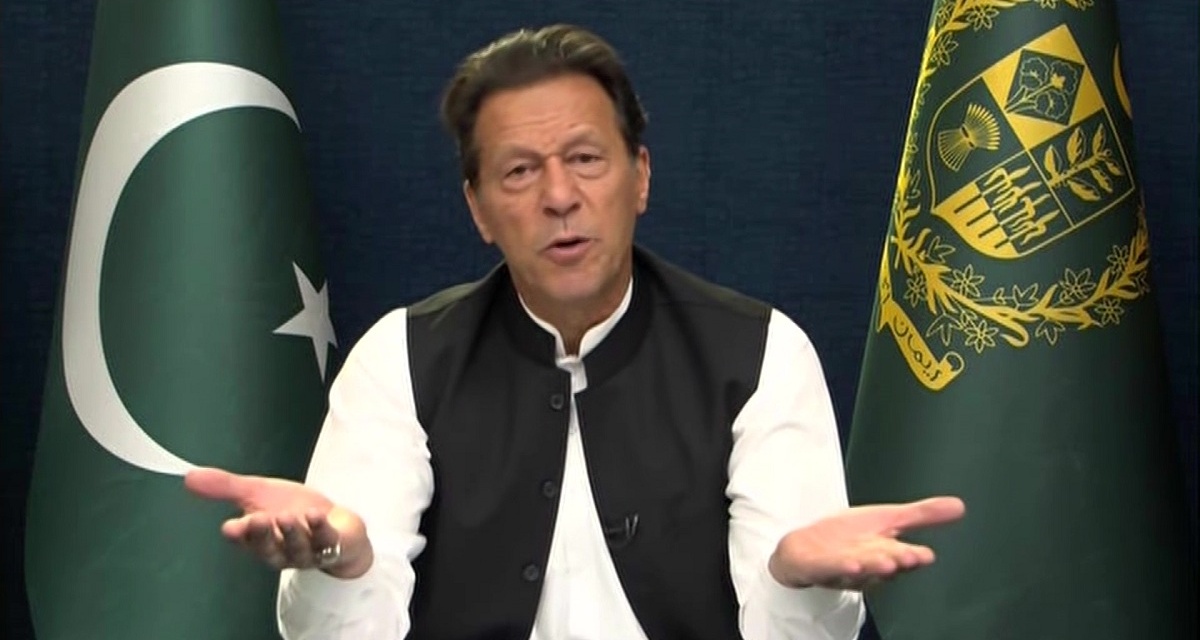 On Saturday, as the Pakistani National Assembly debated a vote of no confidence in Prime Minister Imran Khan — eventually forcing him from office — I spoke with India’s WION News about the significance for Pakistan and for Islamabad’s relations with the US.

This is Imran Khan saying “You have to choose me over the legislature, over the courts, over every institution.”

I think that’s a very risky path for Pakistan or any country to take. I saw in the US with Donald Trump in 2020, and we know how that wound up.

It is not US that is pulling strings in Pak to make puppets. It's a battle within Pak for power & authority, the relation with US is just one aspect of it: Political expert @ScottLucas_EA tells @MollyGambhir

ORIGINAL ENTRY, APRIL 9: As Pakistan Prime Minister Imran Khan (pictured) fights for his political future, I spoke with India’s CNN 18 on Friday about the risk to the Pakistani system.

I discuss Saturday’s vote of no confidence in the National Assembly. I take apart Khan’s main line of defense — a supposed US “conspiracy” to force him out of office — and evaluate his call on supporters to stage mass protests.

#PakistanPoliticalCrisis | Is US behind the chaos in Pakistan?@ScottLucas_EA , International Affairs Expert shares views.

In many countries, when leaders get in trouble, the first thing they do is say, “A foreign power is trying to get rid of me” — because the United States has a record of this in years past.

But on many occasions there is no evidence of US instigation. I saw this in Iran in 2009. I’ve seen it in Syria for more than a decade, and I’ve seen it in African countries.

And on the challenge for Pakistan:

Imran Khan is taking on the entire Pakistani system — the courts, the legislature, his own military — by using the US as a pretext.

Beyond the threat to Imran’s future, we’re talking about the threat to that Pakistani system. And the US is not the main actor in that. It’s Pakistanis that matter.