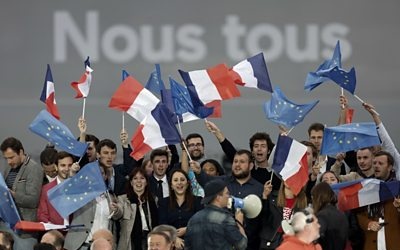 I joined BBC WM’s Letitia George on Monday to analyze President Emmanuel Macron’s re-election, considering whether uncertainty and instability still lies ahead for France as it approaches Parliamentary ballots in June.

Listen to Discussion from 12:49

We begin by considering the damage at home and abroad if challenge Marine Le Pen had pulled off an upset and then turn to the President.

This puts a lot of responsibility on Emmanuel Macron to deal with the dissatisfaction in France, a lot of which has been caused by his style of operating.

Every country has faced economic difficulties in the last few years — it’s a turbulent world — but Macron has alienated large sections of French society, beyond “right” and “left”, with his approach to issues.

Now he needs to deliver on bringing France together before June’s Parliamentary elections.

See also Macron Wins But France’s Contest Is Only Beginning