EA on NPR and Monocle 24: Qatar’s Starring Role on the International Stage 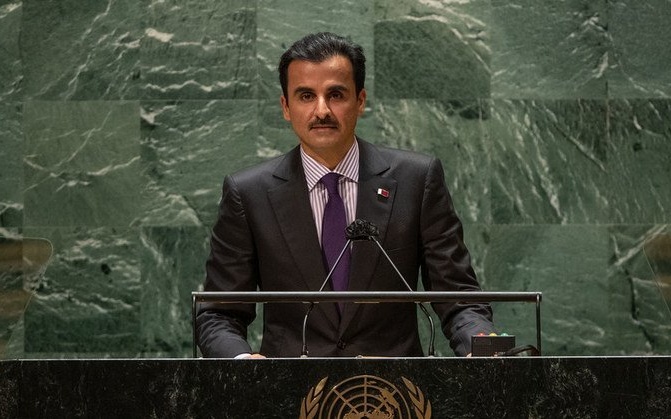 I spoke further with US National Public Radio’s The World on Monday about how the role of Qatar in international affairs has been accentuated by the confluence of tensions and conflicts from Ukraine to Afghanistan to the Iran nuclear talks.

We also take a wider look at why, with less than 3 million people, Qatar has been successful in a “soft power” beyond its size.

If you have a Russian invasion of Ukraine, there is a double threat: pipelines could be damage, or the Russians could choke off natural gas supplies to Europe, hoping to freeze it from supporting Kyiv.

Qatar plays a role in possibly buffering that shock.

ORIGINAL ENTRY, JAN 31: Just before the Emir of Qatar meets US President Joe Biden on Monday, I spoke with Monocle 24’s Emma Nelson about the key place of the Gulf kingdom — population less than 3 million — in international affairs.

I analyze the significance of Qatari natural gas amid Russia’s threats to Ukraine and a possible cutoff of European supplies; Doha’s role in the Iran nuclear talks; and its projection of influence — from “soft power” beyond its Al Jazeera international outlets to a “strategic dialogue” with the US.