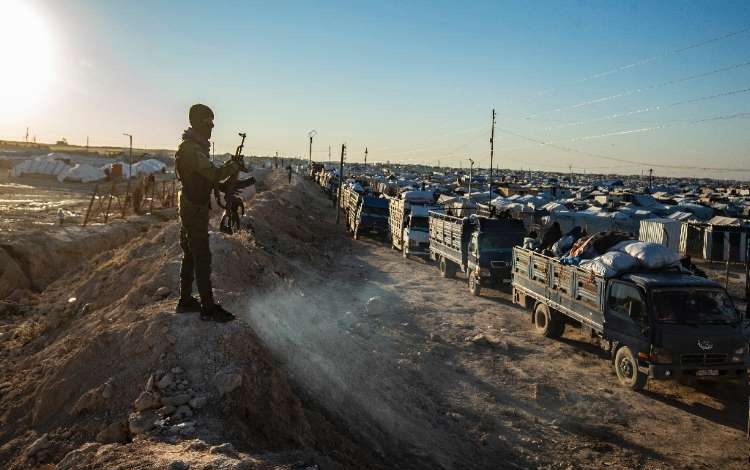 Two healthcare workers have been killed and another wounded in separate attacks in northeastern Syria.

Bassem Mohammed, a nurse working for the Kurdish Red Crescent, was shot dead by a gunman using a silencer on Tuesday.

Mohammed was working at the al-Hol camp, which holds almost 60,000 people, most of them relatives of Islamic State fighters.

A source at the camp said the gunmen, pretending to be patients, entered the medical center as they were trying to escape al-Hol.

The Kurdish Red Crescent’s Ahmed Ibrahim said, “We have stopped working in the Al-Hol refugee camp in solidarity with our fallen colleague, and await the circumstances of the investigation.”

An Ethiopian doctor was stabbed at the camp on Monday.

#MSF team is shocked and saddened by the killing of a healthcare worker in #AlHol Camp, northeast Syria. Healthcare workers are #notatarget pic.twitter.com/FvWr8QLv4k

There were almost 100 killings in the camp in 2021, with ISIS being blamed for the violence. The Kurdish Red Crescent also said Mohammed was slain by the Islamic State, which lost its positions in towns and villages throughout northeast Syria between 2017 and 2019.

The UN Office for the Coordination of Humanitarian Affairs said in a statement:

Over the past year, al-Hol has seen a significant increase in violence among residents, with a range of horrific attacks reported.

Since January 2021 to date, the UN has received reports of 90 murders of Syrian and Iraqi camp residents, including at least two humanitarian workers. Many others have been severely injured.

On Tuesday, surgeon Abdel Mofedi Ali was killed in a drive-by shooting at the steps of a hospital near the village of Al-Tayyana in Deir ez-Zor Province.