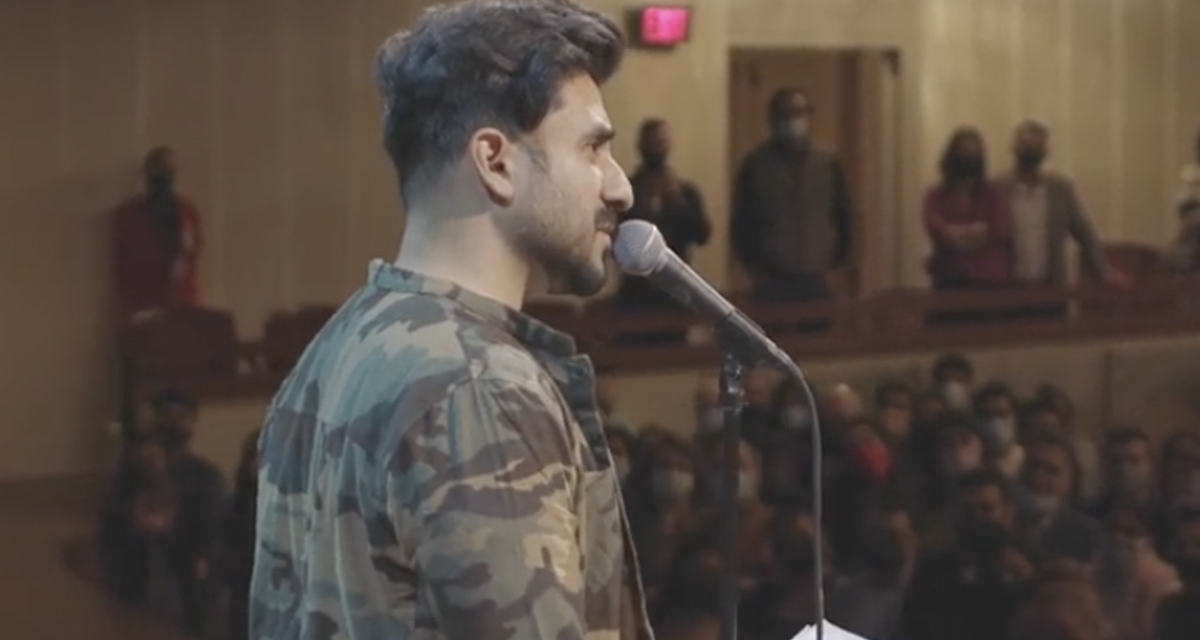 The video of the performance went viral, with more than 5.3 million views. But the Government of Prime Minister Narendra Modi was not amused. The ruling right-wing Bharatiya Janata Party filed a legal complaint, claiming defamation of the nation in a foreign land. The right-wing, pro-Government outlet OpIndia described Das’s monologue an ““unhinged rant” which “tried to paint Hindus as intolerant and antagonistic to Muslims”.

This is not an isolated case. Since Modi took power in 2014, his officials have tried to shut down political satire.

Last year the Delhi High Court dismissed the plea for an interim injunction against Vir Das’s show. It ruled, “The very essence of democracy is that a creative artist is given the liberty to project the picture of the society in a manner he/she perceives”. But comedians such as Kunal Kamra, Agrima Joshua, Vasu Primlani, and Sanjay Rajoura have been under pressure as right-wing Hindu groups targeted them over their observations. Munawar Faruqui spent a month in prison over a joke; last weekend the BJP warned of mass protests if he was allowed to perform in Hyderabad.

Stand-up comedy is less than 20 years old in India. The mid-2000s were formative years for Vir Das and Papa CJ, both educated and raised abroad. The global attention to their live shows reinforced a cultural interaction between India and comedy in other countries.

But Vir Das’s “Two Indias” highlights contradictions within the country. It draws on satire’s attention to the tension between how the country is presented and how it is really experienced.

That incongruity has been laid bare by a Government whose policies promote division even as it proclaims unity.
Interestingly, most of the humorous topics that have targeted the incumbent government at various ideological levels, gained momentum after 2015. Kunal Kamra has faced contempt of court over his routine about the politicizing of Hinduism. Stand-ups such as Agrima Joshua, Tanmay Bhat, and Kiku Sharda have been accused of hurting the the religious sentiments of the Hindu community.

And it is not only comedians who have provoked the indignation of the Government, the BJP, and their supporters. In 2015, when Bollywood actor Aamir Khan spoke about rising intolerance, the backlash dented his career. Deepika Padukone, who showed support for protesting students at Jawaharlal Nehru University, received rape and death threats and pressured over supposed involvement in a drugs case. International celebrities are not immune: when Rihanna supported the farmers challenging the agricultural laws, she was derided on social media as “sensationalist”.

See also Bollywood Dismisses India’s Protesters: “They Are Not Farmers. They Are Terrorists”

In an India where news channels are owned and operated by pro-BJP media companies, entertainers are both the possible source and target over dissent. As actor Sonakshi Sinha wrote in February over the farmers’ protests and the Government’s response, “News tonight will try to paint a picture that ‘outside forces’ are trying to meddle in the functioning of our country. Please don’t give in to that narrative.”

Meanwhile, Vir Das stands his ground over his routine: “The video appeals for us to never forget that we are great. To never stop focusing on what makes us great. Like any nation has light and dark, good and evil within it. None of this is a secret.”