Biden’s Plan to Deal with Omicron Variant of Coronavirus 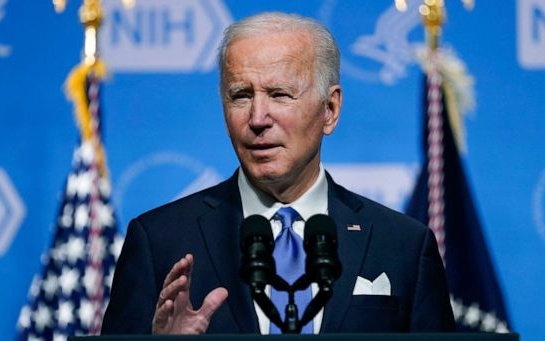 President Joe Biden sets out measures to deal with the Omicron variant of Coronavirus.

Biden laid out a strategy on Thursday which includes hundreds of vaccination sites, boosters for all adults, new testing requirements for international travellers, and free at-home tests.

Several cases of the variant were reported in the US yesterday. They include five people in New York State, a Minnesota resident who recently returned from New York City and a Colorado resident who had just visited southern Africa, where the original site of Omicron. Hawaii confirmed its first case, and California its second.

On Monday, the Administration’s first response was to restrict travel from eight African nations.

Speaking at the National Institutes of Health yesterday, Biden said, “We’re going to fight this variant with science and speed, not chaos and confusion.”

He spoke hours before Congress overcame an attempt by some Senate Republicans to scrap the Administration’s vaccine-or-test requirements for millions of workers, threatening a Government shutdown if the measures were not dismantled.

Biden said that he will not “expand or add to those mandates” and that the revised approach “doesn’t include shutdowns or lockdowns”. He did not announce new masking requirements, except for an extension through mid-March of masking on airplanes, trains, and buses and in terminals and transit hubs.

The Administration’s mass vaccination program had helped reduce Coronavirus cases and deaths by up to 95% from a peak in January, just before Biden took office. However, it then faced the surge of the Delta variant, compounded by a significant minority of US adults refusing the vaccinations.

But Omicron, with far more mutations than previous variants, is potentially more infectious and its lethality is unknown. Cases in the area of South Africa where it originated quickly rose 35 times, and the variant has quickly moved across Europe and into North America.