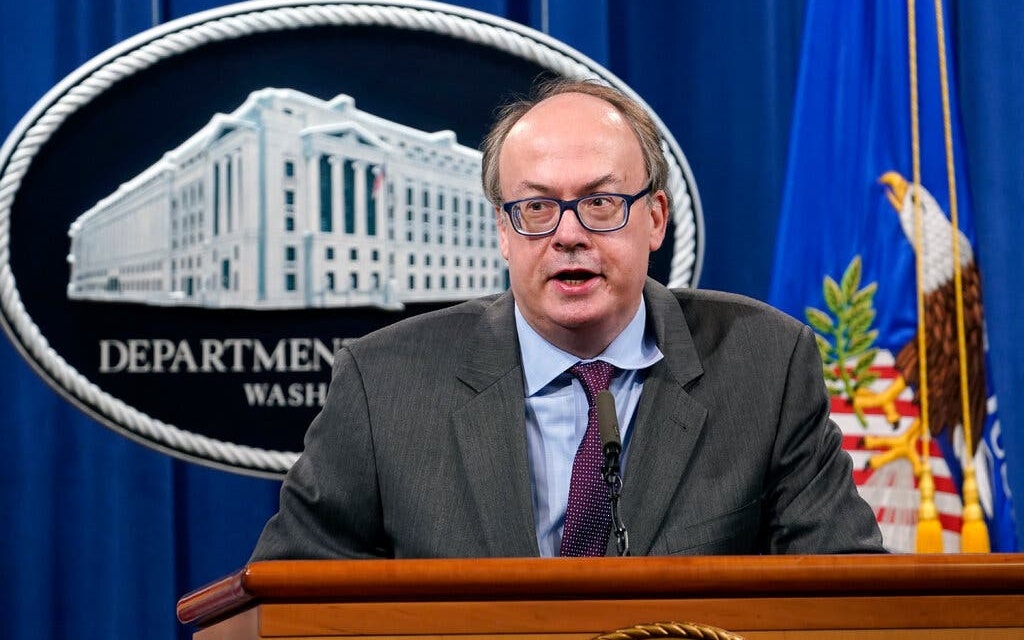 Jeffrey Clark (pictured), a Trump loyalist who almost became Attorney General to block the outcome of November’s election, has refused to answer the questions of a House select committee about the January 6 attack on the US Capitol.

Clark delivered a 12-page letter from his attorney Harry MacDougald, who pursued a post-election lawsuit to overturn Joe Biden’s victory in Georgia, defending his refusal to testify.

MacDougald said Clark will hold out until courts resolve Donald Trump’s lawsuit refusing to hand over documents to the committee.

The House voted last month to pursue a criminal contempt charge against Bannon. Committee chair Rep. Bennie Thompson of Mississippi said the charge may also be lodged against Clark.

In early January, in a last-ditch attempt to block Congressional certification of President-elect Biden, Trump schemed to replace Acting Attorney General Jeffrey Rosen with Clark. The attempt failed when senior Justice Department officials, including Rosen and his deputy Richard Donoghue, said they would resign en masse. White House counsel Pat Cipollone, who call the plan a “murder-suicide pact”, and his deputy Patrick Philbin also said they would quit.

Trump and his associates then turned to a plan in which a “Stop the Steal” rally and pressure on Vice President Mike Pence would prevent the certification of Biden’s victory. However, Pence refused to stop the vote confirming the Electoral College outcome, and the attack on the Capitol followed.

His refusal to answer questions about the former president’s attempt to use the Department of Justice to overturn the election is in direct contrast to his supervisors at the department.

It’s astounding that someone who so recently held a position of public trust to uphold the Constitution would now hide behind vague claims of privilege by a former president, refuse to answer questions about an attack on our democracy and continue an assault on the rule of law.