EA on talkRADIO and Monocle 24: Spectacle and Right-Wing Militias — The Significance of the Rittenhouse Trial 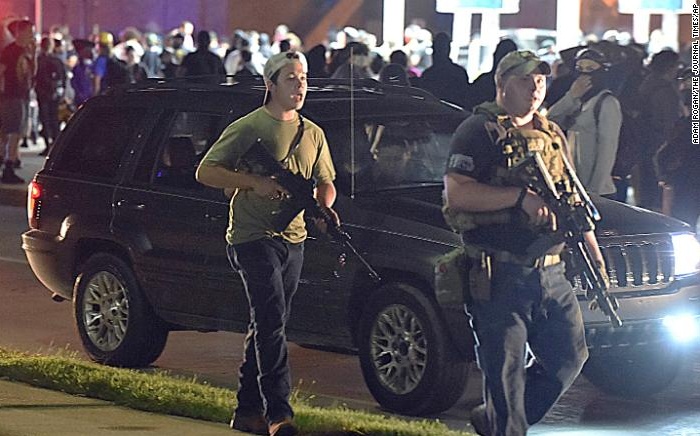 Kyle Rittenhouse, in backwards baseball cap and armed with an AR-15 rifle, on the street in Kenosha, Wisconsin, August 25, 2020

I chatted with talkRADIO’s Claudia Vanderpuije and callers on Saturday for 30 minutes about the facts around the trial of Kyle Rittenhouse, including his killing of two men and serious wounding of another, and the consequences of the outcome.

ORIGINAL ENTRY, NOV 19: I spoke with Monocle 24’s Emma Nelson on Friday about the significance of the trial of Kyle Rittenhouse, the teenager who killed two marchers and wounded another in Kenosha, Wisconsin in August 2020.

Without prejudging the outcome — “The verdict of the jury must be respected” — I consider the context around the trial, including the mobilization of right-wing militias and attacks on marchers, politicians, and institutions. I look at connections around issues of violence, rights, and “decent” politics, all the way to the attack on the US Capitol on January 6.

And I worry that consideration of these issues has been further set aside by a trial in which headlines are about spectacle rather than substance.

America is increasingly polarized. It’s become a culture where dialogue is replaced by division and spectacle. That’s what troubles me about the Rittenhouse trial.

We don’t deal with these issues because we have turned this into the judicial version of a circus.