On Eve of Nuclear Talks, Iran Thumps Chest at Israel 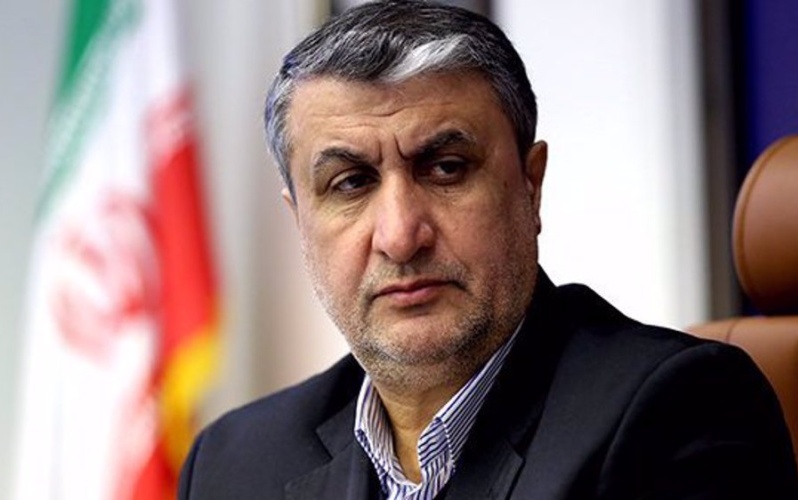 On the eve of renewed nuclear talks in Vienna, Iran’s officials have issued warnings to Israel and sneered at Tel Aviv’s supposed “poor capabilities”.

The head of Iran’s Atomic Energy Organization, Mohammad Eslami (pictured), put out the latest challenge on Saturday. He said Israel “should look in the mirror” before considering an attack on Tehran.

Eslami’s statement echoed an October 24 tweet by the Secretary of Iran’s Supreme National Security Council, Ali Shamkhani, after a report in Israeli media of a $1.5 billion budget for weapons and equipment that could attack Iranian nuclear facilities.

Shamkhani warned, “Instead of allocating a $1.5 billion budget for atrocities against Iran, the Zionist regime should focus on providing tens of thousands of billion dollars funding to repair the damage that is going to be caused by Iran’s shocking response.”

Israeli officials made no response to the latest Iranian declarations, which came after reports of an escalation in cyber-attacks by both Israel and Iran on each other’s civilian sites and infrastructure.

The Vienna talks over the 2015 Iran nuclear deal are resuming on Monday after a six-month break. They are considering US re-entry into the agreement after Donald Trump’s withdrawal in 2018, the lifting of American sanctions, and Iran’s return to compliance with the Joint Comprehensive Plan of Action.

The Biden Administration’s envoy for Iran, Rob Malley, said in a BBC interview broadcast on Saturday:

If Iran thinks it can use this time to build more leverage and then come back and say they want something better it simply won’t work. We and our partners won’t go for it….

If that’s Iran’s approach, which is to try to use the negotiations as cover for an accelerated nuclear programme, and as I say, drag its feet at the nuclear table, we will have to respond in a way that is not our preference. Nobody should be surprised if at that point there is increased pressure on Iran.”