Azeem Rafiq: Is This the UK’s Moment to Challenge Institutional Racism? 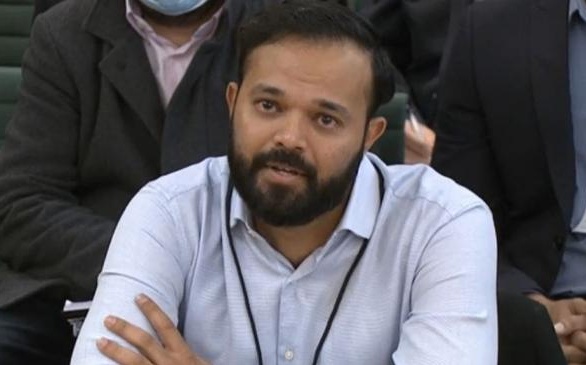 “I lost my career to racism.”

Those six words, uttered by the Yorkshire cricketer Azeem Rafiq before a House of Commons select committee, struck to the core: in 2021, the UK still has a big problem with institutional racism.

Rafiq broke down in tears as he told his story of racism, bullying, and abusive treatment that he faced while playing for Yorkshire, be it the derision of teammates or a senior club official “ripping the shreds” off him just after Rafiq was told his baby had no heartbeat. He recounted how, as a Muslim, he was pinned at the age of 15 while red wine was forced down his throat. He explained how he was rebuffed by officials: rather than listen to Rafiq’s lived experiences, they accused him of not sharing “White Rose values”. They told him, “It’s only banter.”

Rafiq’s testimony was a damning verdict on the “Gentleman’s Game”, with players of Pakistani heritage — simply Asian heritage, with their abusers largely ignorant about the continent — still being called the P-word. Asian representation in English cricket, once touted as the future of the sport, has dropped by 40% since 2010.

But the cricketer’s appearance was far more than a commentary on a game. In emotive, sensitive, and courageous form, this was a first-hand example of what institutional racism looks and feels like across the UK. From policing to the military to the Windrush Scandal, people of color have long faced systematic discrimination. Only six months ago, the report of Prof. Swaran Singh, the former commissioner for the UK’s Equality and Human Rights Commission, assessed how the ruling Conservative Party has an “Islamophobia problem” with much of its antagonism directed at Muslims. Throughout the Coronavirus pandemic, the structural racism and social disadvantages have fed the higher rates of death among Black and Asian groups.

Rafiq spoke on behalf of every British person of ethnic origin who has faced racism at the cricket club, at school or university, at the workplace, or on the bus. This was the experience of being chased down, not just on the street by thugs but also in the supposed security of community, club, and office. This was the humiliation of being told to “man up”, or to be perceived as a troublemaker with an attitude problem.

On social media, many British Pakistanis, British Asians and British Muslims remarked that while Rafiq’s account was explosive for the media, it was nothing new for them. I understand. When I was a teenager in the late 1990s, a cricket coach told me: “Hasan, you’re a pretty good bowler, considering you’re a P***.” I am Indian, but if “P***s” all look the same, how was he to know — let alone comprehend the casual racism?

In the 1970s my mother, then a teen, was chased by racist thugs in Dewsbury. In the 1980s, my dad and uncle were subjected to racial abuse in the streets of Walsall. In the 1990s, my uncle’s home was attacked because it was the only residence in the area. In the 2000s, Muslim female friends were subjected to racial and Islamophobic attacks. And in 2021, in post-Brexit Britain, I was told to “f*** off as we now have our country back”.

Is it all “nothing new”?

If the racism is persistent, Rafiq brought recognition. The broadcaster Sue Perkins tweeted:

Have thought about #AzeemRafiq all day. What an extraordinary person. I don’t know much about cricket – but then I don’t need to, because this isn’t really about cricket, or sport in general – it’s about ingrained cultural, structural racism and it is fucking awful.

Many will hold out against this recognition. In March, the Johnson Government put out a report which insisted, “Institutional racism doesn’t exist.” While some forms of “overt and outright racism persist”, the UK was an example to other “white majority” countries. It was a “more open society” where issues around race and racism were “becoming less important”.

But the Government was caught out, not just by those who experienced racism but by those who could see political manipulation. The fingerprints of Munira Mirza, the head of the Downing Street policy unit, were all over the 264 pages of the report. An outspoken critic of efforts to tackle structural factors behind racial inequality, Mirza had ironically illustrated the problem.

As Azeem Rafiq highlighted, the problem with structural racism isn’t about the bigots who shouted insulting names and obscenities at him on the street and on social media. The problem is the complicit silence and denial of those with power who could have made a difference but demonstrated Richard Edelman’s maxim that “to remain silent is to remain complicit”.

In the aftermath of Rafiq’s testimony, the former cricketer, coach, and commentator David Lloyd finally apologized:

So, at long last, recognition. After 2018’s “#MeToo” surge and 2020’s Black Lives Matter marches, UK Asians and Muslims may finally break through the blanket denials of racism.

However, that only magnifies the challenge. Will words turn into action?

All Azeem Rafiq wanted was acknowledgement, a chance of reason and fairness, a community of respect and dignity where judgement is by ability and not by skin color, gender, or sexual orientation. As a friend told me, “Simply, he is demanding a ‘commitment to British values’.”

But if Rafiq happened to speak out during Islamophobia awareness month, the task is now more than awareness. Those at the top of UK politics and society have to finally confront their system, or to be held to account if they do not.