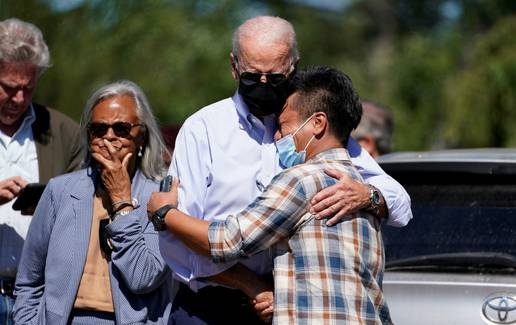 President Joe Biden declares that the US and the world are imminently threatened by climate change, calling for immediate, drastic action.

Biden visited neighborhoods in New Jersey and Queens, New York damaged by storms and flooding from Hurricane Ida, which moved through the US from New Orleans to the northeast last week. Citing scientific research, he said:

They all tell us this is code red. The nation and the world are in peril. And that’s not hyperbole. That is a fact.

Biden pointed to the need to pass the Government’s $1 trillion infrastructure bill and a $3.5 trillion budget for social policies including climate change measures.

Climate change poses an existential threat to our lives, our economy, and the threat is here. It’s not going to get any better. The question is: Can it get worse?

On Monday, the Governors of New York and New Jersey said that they had been granted federal aid, after the Biden Administration declared major disaster zones.

The funding will cover repairs to homes of people displaced by the storms and flooding. It will also pay for legal services, unemployment assistance, and crisis counseling.

The Biden Administration has pledged to pursue net-zero emissions by 2050. Biden, who travels to Scotland in November for a global climate summit, said on Tuesday, “We’re going to be able to do these things. But we’ve got to move and we’ve got to move the rest of the world.”