President Rouhani: We Did Not Tell Iranians “Part of the Truth” About Hardships 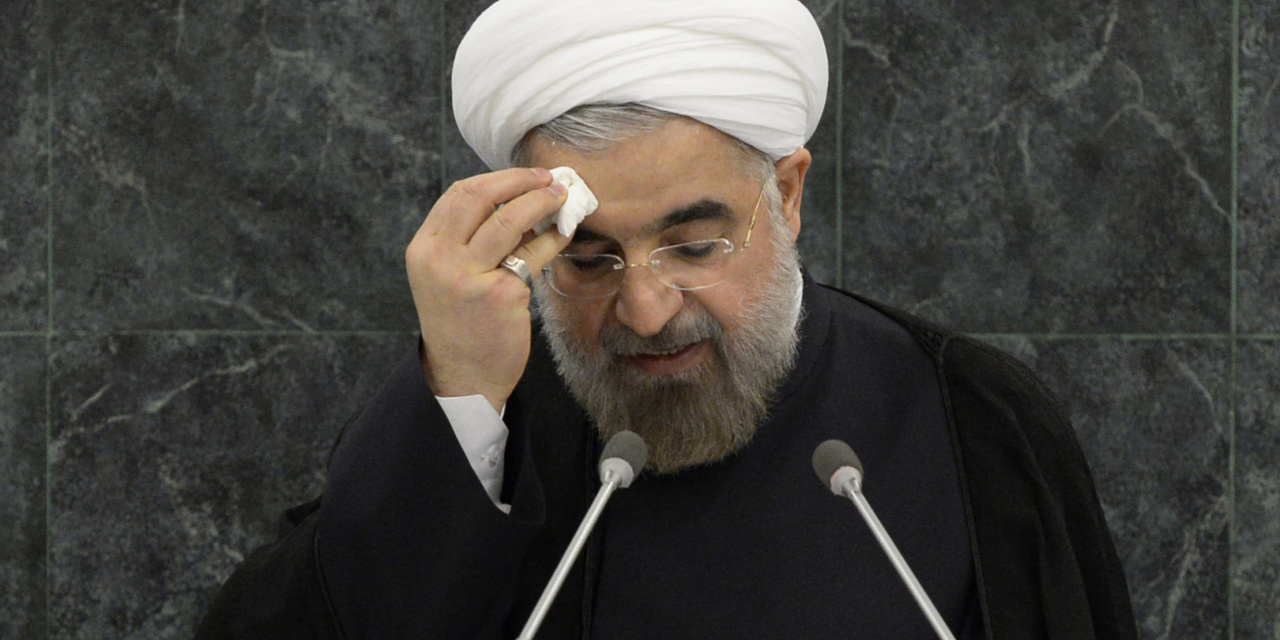 The Supreme Leader’s office has attacked outgoing President Hassan Rouhani over the Iran nuclear deal and the negotiations to renew it.

#Iran's SL Khamenei and his office absolutely laying into outgoing President Rouhani over the JCPOA this week.

Khamenei's office this evening released a 4 min+ vid that was broadcast on Network Three & included comments he made in the past 10 years against trusting the West. pic.twitter.com/HIl1a3vsIX

ORIGINAL ENTRY: Iran’s outgoing President Hassan Rouhani has said that his Government “did not tell people part of the truth” about their hardships, because it was not “useful” as “national unity would be harmed”.

Rouhani spoke on Sunday in the last meeting of his Cabinet, before the Supreme Leader confirms new President Ebrahim Raisi on Tuesday.

Rouhani acknowledged that Iran was in “better conditions in terms of domestic, international, social capital, and people’s hope for the future” in the first four years of his Government from 2013. Among the achievements was the July 2015 nuclear deal with the 5+1 Powers (US, UK, France, Germany, China, and Russia).

From 2017 to 2021, “the situation was slightly different”, said Rouhani. The Trump Administration withdrew from the nuclear agreement in May 2018 and imposed comprehensive sanctions six months later.

The President has blamed Iran’s Parliament for preventing a resolution, with agreement at the Vienna talks on US re-entry and the lifting of the American sanctions. With a bill last December, Parliament locked the Government into resuming enrichment of 20% uranium, breaking the terms of the 2015 deal.

Rouhani has avoided any direct criticism of the Supreme Leader, even though his assent would have been necessary for the Parliamentary action. The President maintained the line on Sunday: “According to the framework set by the Supreme Leader, we could have implemented the JCPOA [Joint Comprehensive Plan of Action] and lifted the sanctions, but we were stopped somewhere else”.

Last month Iranian officials said they were “closer to the end of the road” in the Vienna talks, but Tehran has taken a harder line since then, with any resumption of discussions unlikely before September. The Supreme Leader said that the West was “unjust and malicious”, implying that all sanctions must be removed before any Iranian acceptance of compliance with the deal.

Rouhani blamed other countries — especially the US — Coronavirus, and environmental conditions for problems such as inflation above 40%, a currency which has declined in value by 80% since 2018, a sharp decline in oil exports, and rising unemployment.

If we had any shortcoming and flaws, we ask people’s forgiveness and mercy….

If one wants to judge this government, they should consider the economic war, COVID-19 and the drought.

He concluded, “I apologize to the people of Iran for their suffering and thank them for their victories. The achievements of this government are because of the great Iranian nation and the guidelines of the Supreme Leader.”