Afghanistan: Taliban Close on Kabul as Biden Steps Up US Troop Deployment 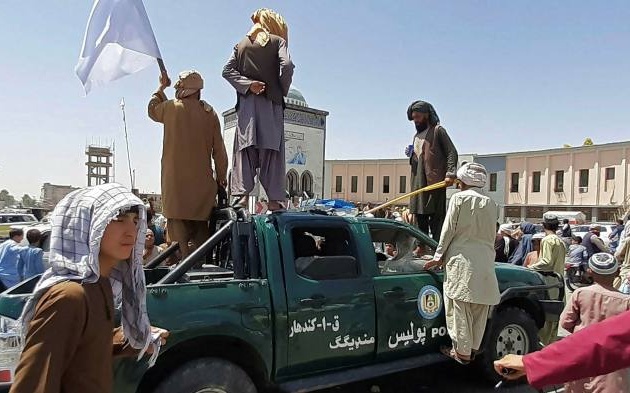 The Taliban are closing on Afghanistan’s capital Kabul, having captured every other major city.

The advance has prompted President Joe Biden, four months after announcing the withdrawal of US military personnel, to announce an increased deployment for evacuation of Americans and some Afghans who worked with the US since the removal of the Taliban from Kabul in 2001.

On Saturday, the Taliban took the last major city in northern Afghanistan, Mazar-i-Sharif, and the governor surrendered in Jalalabad in the east. The takeover of Kandahar was also confirmed.

Afghanistan President Ashraf Ghani suddenly announced a press conference, raising expectations that he would resign. Instead, he said he would remobilize Afghan forces to check the Taliban.

Biden then announced an additional 1,000 troops to supplement the 3,000 being sent to Kabul for the evacuation and 1,000 who had not yet withdrawn. The first evacuations will be on Sunday.

He gave no indication of a shift beyond that, defending the withdrawal that was a catalyst for the Taliban surge throughout Afghanistan.

I faced a choice — follow through on the deal, with a brief extension to get our forces and our allies’ forces out safely, or ramp up our presence and send more American troops to fight once again in another country’s civil conflict.

I was the fourth president to preside over an American troop presence in Afghanistan — two Republicans, two Democrats. I would not, and will not, pass this war onto a fifth.

Biden said Secretary of State Antony Blinken will support President Ghani and other Afghan leaders as “they seek to prevent further bloodshed and pursue a political settlement”, and will contact senior officials in the region.

Perhaps more significanlty, a US official said the Administration would reach out to the Taliban in the next 24 hours. He did not give any detail beyond Biden’s warning that “any action on [the Taliban’s] part on the ground in Afghanistan that puts US personnel or our mission at risk there will be met with a swift and strong US military response”.

A “senior US official” said envoy Zalmay Khalilzad, part of political talks including the Taliban in Qatar, has asked the insurgents not to enter Kabul until the American personnel conclude the evacuation of more than 10,000 US citizens and Afghans who have worked with the US Government.

Taliban officials called on the US to halt airstrikes.