UPDATE: Afghanistan — Biden’s “No Regrets” as Taliban Sweep Through Country 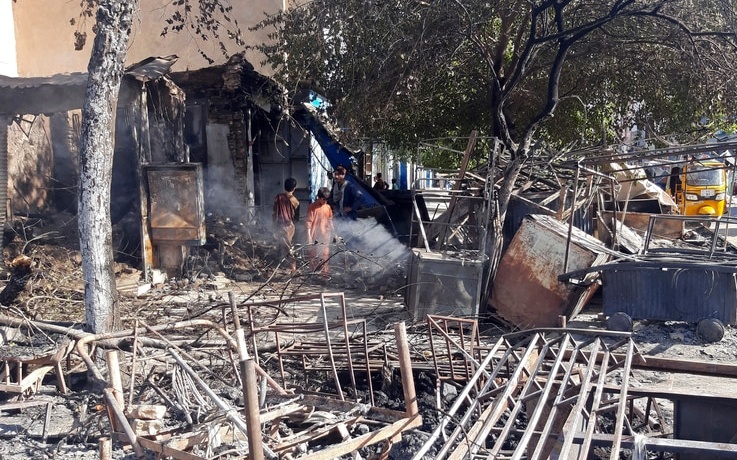 The Taliban have captured two of Afghanistan’s largest cities, raising the prospect that they will soon take over the capital Kabul.

Fighters quickly swept into Herat, the country’s third-largest city, in the west and Ghazni in the center on Thursday. They are close to capturing the second-largest city, Kandahar in the south — on Wednesday, they overran the central prison and freed hundreds of detainees.

The US, UK, and other countries are deploying thousands of troops to Kabul for the evacuation of embassy staff, other citizens, and some Afghans who have worked with the international coalition since the Taliban were forced from Kabul in November 2001.

US officials have asked the Taliban to spare the American Embassy if and when the insurgents move into Kabul.

UPDATE, AUG 11: As the Taliban take more provincial capitals in Afghanistan — including Pul-e-Khumri, 140 miles north of Kabul — President Joe Biden says he has no qualms about his withdrawal of US forces.

The Taliban have seized at least eight of 34 provincial capitals in the past week, including another three on Tuesday.

“Pul-e-Khumri fell to the Taliban, they are everywhere,” an Afghan official said by phone to the sound of heavy gunfire:

Taliban fighters broke through the frontlines in several directions during the afternoon. After heavy clashes, officials and security forces abandoned the governorate, intelligence and police headquarters. Heavy clashes are ongoing. We are deciding where to retreat now.

Biden told reporters at the White House, “Afghan leaders have to come together. They’ve got to fight for themselves, fight for their nation.”

He claimed the Afghan Government’s troops outnumber the Taliban, and said the US still provides air support, food, equipment and salaries to Afghan forces.

The Administration has despatched envoy Zalmay Khalilzad to Qatar’s capital Doha with a message for the Taliban: there is no point in a military victory, even with the capture of Kabul, because there would be no international recognition.

But a “senior European Union official” said the Taliban appear to be seeking the cutoff of Kabul from forces to the north.

The Taliban, who held power throughout the country until a US-backed coalition ousted them from the capital Kabul in November 2001, quickly swept into Kunduz, Taliqan, and Sari-i-pol on Sunday.

The only response from the US military, with almost all ground personnel withdrawing at the end of May, were airstrikes on a store of weapons hundreds of miles away.

See also EA on Pat Kenny Show: As US Withdraws, What Is Next for Afghanistan’s People?
Biden Defends Afghanistan Withdrawal: “We Did Not Go to Nation-Build”

Kunduz was the site of the Taliban’s surrender in late 2001, when its northern army gave up weapons.

A local official said Sunday, “Kunduz provincial capital fell into the hands of Taliban at around 10am this morning. Kunduz city has been under Taliban attack for the past two months. They intensified their attacks from several directions on the city on Friday. They totally captured it today.”

The Taliban, who held about half of Afghanistan before their recent captures, also have taken the provincial capitals of Zaranj and Shebergan this summer. 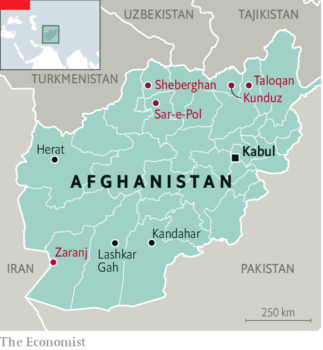 The President made clear: after 20 years at war, it’s time for American troops to come home.

He also feels and has stated that the Afghan government and the Afghan National Defense Forces have the training, equipment and numbers to prevail, and now is the moment for the leadership and the will in the face of the Taliban’s aggression and violence.

Pentagon officials say that with only 650 US troops on the ground, there are no plans for action beyond the limited airstrikes. Since mid-July, Reaper drones and AC-130 aerial gunships have targeted Taliban weapons, including heavy artillery. The warplanes are deployed from Qatar, the United Arab Emirates, or an aircraft carrier in the Arabian Sea.

Both Defense Secretary Lloyd Austin and Gen. Mark Milley, the chairman of the Joint Chiefs of Staff, advised President Joe Biden against a complete US withdrawal on the ground. However, neither has spoken about the recent Taliban advances, including Sunday’s capital of the capitals.

Almost 2,400 civilians were killed or injured between May 1 and June 30, according to the UN. The toll is the highest since monitoring began in 2009.