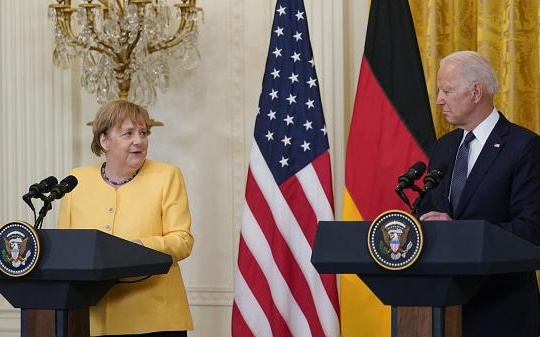 Alongside Mark Galeotti of the University of London, I joined Monocle 24’s Georgia Godwin to analyze the compromise between the US and Germany over the completion of the Nord Stream 2 pipeline from Russia.

We explain the arrangements, with Washington accepting the completion, Berlin pledging sanctions against the Russians if they try to use the pipeline for political and economic pressure on Europe, and funds to the Ukraine for alternative energy. We analyze the Biden Administration’s motives, in the wider context of its approach to Moscow, and explain why the objections of Kiev and Poland are unlikely to block the compromise.

Listen to Discussion from 2:33

Accepting Germany’s position on the Nord Stream 2 pipeline does not mean lifting pressure. Instead, the US — working with Germany and with the European Union — will press Russia on a number of fronts, including cyber-attacks, interventions in elections, and Russia’s military interventions, including in Ukraine.