World Unfiltered: Can Turkey and the US Reconcile? 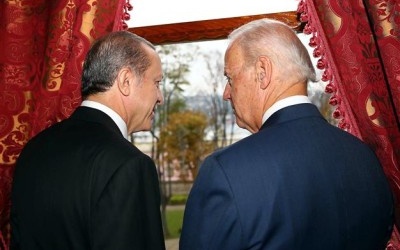 On June 14, US President Joe Biden and Turkish counterpart Recep Tayyip Erdoğan will meet in Brussels on the sidelines of the NATO summit.

2:32: What should we expect from the first meeting between US President Biden and Turkish leader Erdoğan?

7:58: Where did Turkey lose ground with the US?

13:03: Does a “grand reset” in Turkey-US have to start with a unilateral gesture from Ankara?

17:10: Is a Turkey-US accommodation possible over Syria and the Kurdish issue?

24:16: Is the Biden Administration content to step back from the issue of Turkey’s claims in the Eastern Mediterranean?

27:57: Is the Erdoğan Government happy to put its interests behind those of the US over the Iran nuclear issue and sanctions?

32:49: To what extent is Ankara unsettled by the Biden Administration’s statement on the killing of Armenians during World War I?

38:39: Is it possible that a year from now there will be a Turkish Government with no Erdoğan in charge? Will this make a difference to US-Turkey relationship?

44:01: Do you think Biden will raise rights in his meeting with Erdoğan, including the situation of journalists and dissenters?