Giuliani to Ukraine Government: “The Biden Thing Has to Be Run Out” 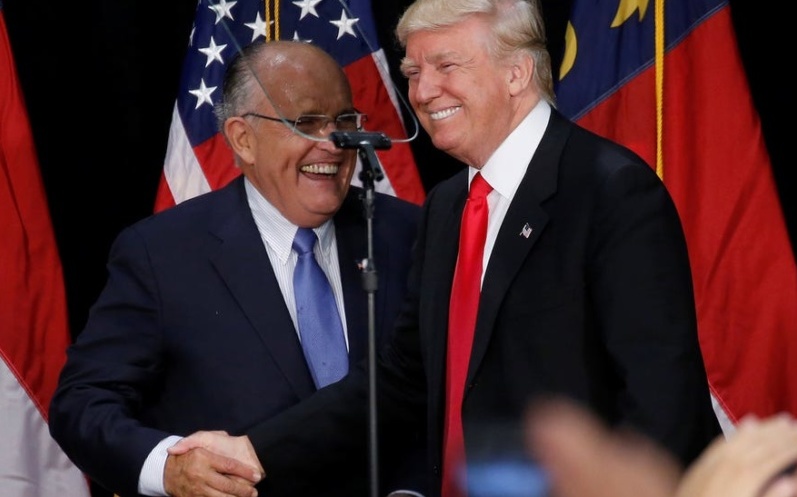 In newly-released audio, Donald Trump’s lawyer Rudy Giuliani pressures the Ukraine Government to circulate unsupported conspiracy theories to discredit Joe Biden, then a candidate in the 2020 US Presidential election.

In a July 2019 phone call, Giuliani repeatedly tells Andriy Yermak, a senior adviser to Ukrainian President Volodymyr Zelenskiy, that Kyiv should announce investigations to spread falsehoods about Biden’s “corruption” and Ukraine’s intervention in the 2016 election to hurt Trump.

All we need from the President [Zelenskiy] is to say, “I’m gonna put an honest prosecutor in charge, he’s gonna investigate and dig up the evidence, that presently exists and is there any other evidence about involvement of the 2016 election”, and then the Biden thing has to be run out.

From November 2018 to September 2019, Giuliani pursued the campaign for disinformation from Ukraine. It was curbed after a Congressional investigation into Donald Trump’s July 2019 call to President Zelenskiy, pressing for an announcement and threatening a halt to US military aid. That call spurred Trump’s impeachment, although a Republican-majority Senate protected him from conviction in January 2020.

In the newly-released audio, Giuliani implicitly points to the restoration of US assistance if the announcement targetng Biden is made:

If [Zelensky] could make some statement at the right time…that would clear the air really well. And I think it would make it possible for me to come and make it possible, I think, for me to talk to the President to see what I can do about making sure that whatever misunderstandings are put aside.

And maybe even, I kinda think that this could be a good thing for having a much better relationship where we really understand each other.

Igor Novikov, a Zelenskiy advisor listening to the call, said:

I was dumbstruck. My expectation was that this would be a ‘hello, nice to meet you’ kind of call, and instead I was witnessing Rudy dishing out crazy conspiracies and Yermak agreeing with them. That was the exact moment when I realized that we were in big trouble.

Federal prosecutors are investigating Giuliani for financial and lobbying violations over his schemes in Ukraine. They include the lawyer’s trip in December 2019 still promoting disinformation against Biden, including in discussions with lawmakers sanctioned by US authorities.