EA on TRT World: The Republicans, the Trumpists, and the Capitol Attack 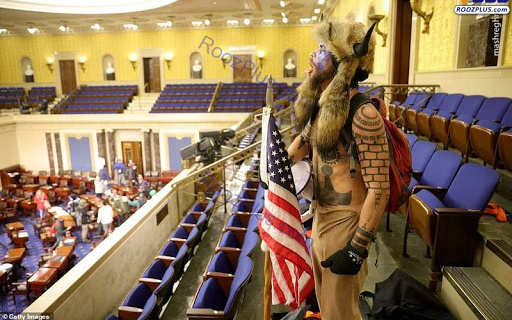 Trumpist “shaman” Jake Angeli yells inside the Senate chamber of the US Capitol, January 6, 2021 (Win McNamee/Getty)

I joined TRT World on Saturday to assess how and why Republicans protected Donald Trump by blocking an investigation of the January 6 attack on the US Capitol.

We look at the tactics of Senate Minority Leader Mitch McConnell and of Donald Trump, who continues to proclaim a “stolen election”.

This is Trumpists who in effect have taken over the Republican Party or have scared many Republicans into capitulation….

It is too easy to blame Donald Trump. He is being enabled. He has accomplices.