EA on talkRADIO: Assessing the Elections in Scotland, England, and Wales 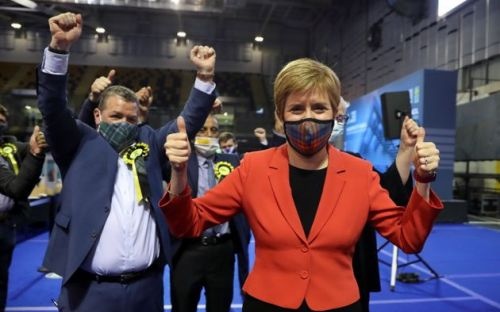 Conservative analyst Benedict Spence and I joined talkRADIO’s Darryl Morris on Sunday for a 20-minute evaluation of Thursday’s regional and local elections in Scotland, England, and Wales.

With Scottish Nationalist Party near a majority in the Edinburgh Parliament, will there soon be an independence referendum in Scotland?

How bad is the situation for the UK’s opposition party Labour after poor results in parts of England?

How is Prime Minister Boris Johnson succeeding at the ballot box while failing over Coronavirus and personal corruption? And how soon will the economic shock of Brexit turn triumph into his departure from power?

We look for full-time results as political commentators. We’ve only just had the opening whistle….

This UK Government hasn’t been competent. At best, it was negligent over its handling of the pandemic in the opening months. But it’s counting on people not talking about that and instead keep talking about the vaccine rollout.