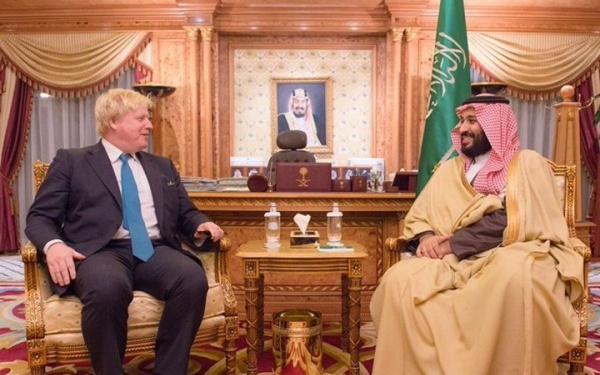 But this purported integration of security, defense, development, and foreign policy fails to make a coherent link between actual British capabilities and strengths to real, rather than proclaimed, opportunities.

“Global Britain” has become the tagline of UK foreign policy since the Brexit vote to leave the European Union in 2016. But this ill-defined slogan is the sibling abroad of vague mottos like “Take Back Control” and “Get Brexit Done”.

What does it mean to be global? What are the expected benefits? What is the strategy to reap them globally?

Far from a considered presentation, the Integrated Review made an easy grab with the declared pivot to the Indo-Pacific, playing on both the threat and the opportunities with a rising China.

But the UK’s existing strategic footprint in the Indo-Pacific is small. While it is prudent to expand this, doing so at the expense of all other regions is a probable mis-step.

One place to start is the Middle East.

Despite deep strategic entanglement between the UK and the Middle East, there is little integration of the region into a Global Britain strategy.

The Middle East is vital to the international economic system, and specifically to Britain’s post-Brexit future. Until the UK can transition to fully renewable energy sources, the region will continue to provide 36% of British oil demand. The Middle East as a supply line was brought into focus by the recent blockage of the Suez Canal. Politically, there are flashpoints in conflicts in Yemen, Syria, Israel-Palestine, and Lebanon; Turkey’s Kurdish issue; Iraqi ethnic divisions; and Iran’s nuclear program.

From its imperial history, the UK has an unholy organic link to the region with its role in forging state boundaries, institutions, and ruling elites. London has been part of ongoing, sometimes disastrous interventions such as the 1953 Iranian coup d’état and the 2003 Iraq War.

With this chequered history and its economic needs, the UK needs to consider its future policy, seeking a more productive relationship with many of the region’s actors. What it cannot do is pretend the Middle East does not exist.

The Yemen Civil War continues to be a humanitarian disaster threatening millions of people. Aside from the moral imperative to act, this conflict has spillover effects, with regional instability and terrorism.

The UK can and should redouble its efforts to play a leading role in conflict resolution. London currently holds the pen in the UN Security Council and is responsible for drafting resolutions. But so far, Britain has been asleep at the wheel in the UN. Moreover, reducing aid to Yemen, the UK has damaged its credibility for leadership.

Since the Islamic Revolution in 1979, Iran has to varying degrees sought to export its revolution abroad, driven far more by realpolitik than religion. Competition and threats continue to characterise its regional relations, and Tehran’s nuclear program raises concern at the international level. Both regional adventurism and nuclear development bring the prospect of military conflict.

The UK can and should play a pivotal role in preventing the escalation of simmering tension. Throughout the Trump Administration’s “maximum pressure” on Iran, including withdrawal from the 2015 nuclear deal, Britain maintained diplomatic contact with Tehran. With the Biden Administration searching for a way back into the agreement, the UK — as one of the European powers in the accord — can help shepherd parties to a resolution.

Foreign Secretary Dominic Raab cast a stark light on the UK’s policy last month in comments to civil servants, “If we restrict [trading to] countries with ECHR-level standards of human rights, we’re not going to do many trade deals with the growth markets of the future.”

The Foreign Secretary let slip the principle of UK engagement on human rights in the region: mere lip service while the business of obtaining business proceeds. Yet complete disengagement and maximum pressure, as proposed by Amnesty and other groups, will be counter-productive.

Human rights abuses overshadow any gains, but the trajectory in the Middle East has been upward, albeit jagged. Despite violent repression, an indigenous, organic undercurrent of a human rights culture is certainly present.

The challenge for the UK is to nurture this culture with a balance between condemnation and engagement. Ten years after the start of the Arab Spring, London should continue to engage in a transparent effort for liberal trade. At the same time, it should be watchful, responsive, and proportionate in the punishment of human rights violations, and extending protections to rights campaigners.

The UK finds itself in the midst of a self-inflicted role crisis. It is now on the outside of European and international clubs which it helped forge, at a time when autocratic regimes are consolidating, new threats proliferate, and a pandemic ravages the globe.

With its chest-beating rhetoric, the Integrated Review reads like a shopping list of high-minded ambitions and self-anointed positions. There is little sober reflection on how the UK has declined in international political relevance. The outcome is an unwitting signal, to ally and adversary alike, that the UK is slumbering in a Brexit hangover.

It is no longer enough to assert that the UK is a great power. London must craft a new role, identifying its strengths and existing capabilities, acknowledging its privileged position, and acting as an exemplar of the liberal principles which it proclaims.

The Middle East could be significant in this global role. Disputes and conflicts threaten to upend the region, but a young, aspirant population welcomes opportunities.

The Integrated Review misses this. Rather than engaging the population, it shouts over their heads. Far from “Global Britain”, observers — UK commercial actors, states in the Middle East, and allies — see only a Tangential UK. 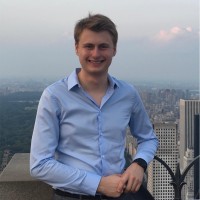 Jack Collins is a candidate in the Master's in Global Politics program at London School of Economics and Political Science and a graduate of the University of Birmingham.