EA on TRT World: QAnon and The Threat of Another Capitol Attack 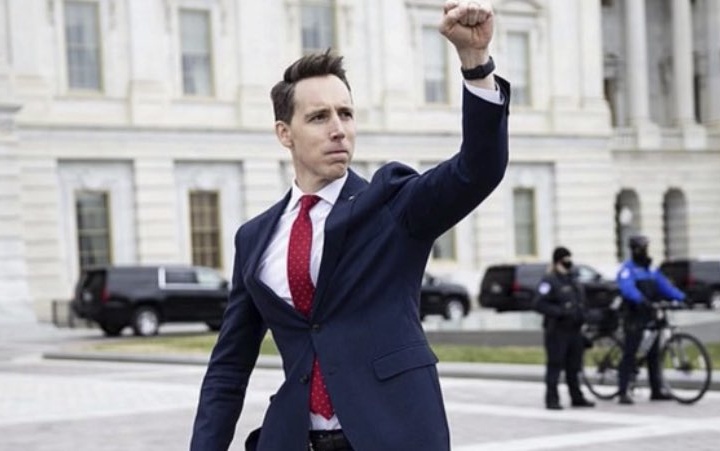 Sen. Josh Hawley of Missouri salutes Trump supporters just before the attack on the US Capitol, January 6, 2021 (E&E News/Politico)

US security agencies warned of the threat of another attack on the US Capitol on Thursday, as conspiracy theorists QAnon declared that March 4 would bring the return of Donald Trump to power.

Trump never left his Florida resort, and there was no repeat of the January 6 assault that tried to block a President Biden. But the concern over violent extremism, stirred up by the former occupant of the White House, remains.

I spoke with Turkey’s TRT World as the House cancelled its Thursday session as a precautionary measure.

My native country America always has a bit of religion mixed in with its politics. The idea of the Messiah coming back — you simply replace the Good Lord with Donald Trump, and you add Trump’s lies about the “stolen election”.

It’s easy for some people to match this to a conspiracy theory.