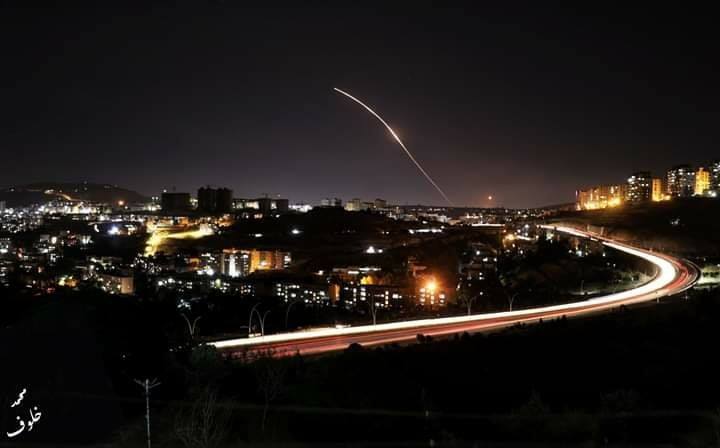 Iran’s Foreign Ministry has denied any involvement in Friday’s explosion on an Israeli-owned cargo ship in the Gulf of Oman.

Spokesperson Saeed Khatibzadeh declared that the allegation was baseless because its source is “the Zionist regime”.

He warned that Iran will respond to “any attempts at creating new tensions”, and is closely monitoring Israel’s activities: “The regime that has occupied al-Quds [Jerusalem[ is the root cause of all insecurities and instabilities.”

The regime’s military said Israeli warplanes, firing from the Golan Heights, hit the southern part of the city. It issued its standard declaration that most of the missiles were downed by anti-aircraft fire.

Israeli media outlets said the strikes were again on Iranian-linked personnel, facilities, and weapons. They said the attack was in response to Friday’s explosion on an Israeli-owned cargo ship in the Gulf of Oman, which senior Israeli officials have blamed on Tehran.

On Friday, the Bahaman-flagged MV Helios Ray was damaged by the blast, with two holes on both the port and starboard sides. The ship reached port in Dubai, where it is being repaired.

Prime Minister Benjamin Netanyahu asserted on Monday that Iran is responsible. The attack was reminiscent of attacks in 2019 in the Persian Gulf on shipping, with Tehran’s Revolutionary Guards accused of placing mines on the vessels.

Netanyahu and his national security advisors reportedly met on Sunday evening to consider the situation. The Israel Defense Forces Chief of Staff Aviv Kohavi said at a ceremony earlier in the day that the Helios Ray blast was a “reminder” from Iran: “This is the place to reiterate that the IDF acts and will act against the threats that endanger [Israel], near and far.”

Last Thursday, US warplanes fired seven missiles on a border post just inside Syria, targeting Iranian-backed Iraqi militia. That attack was a response to rocket fire on Iraqi bases with US personnel, including a February 15 assault that killed a Filipino contractor and wounded six other contractors and troops.

US Airstrikes on Iran-Backed Militias Inside Syria

Two weeks ago, Israeli warplanes targeted Iranian facilities moving weapons to Hezbollah, including in or near Damascus International Airport and the al-Kisweh base in the west of the capital.